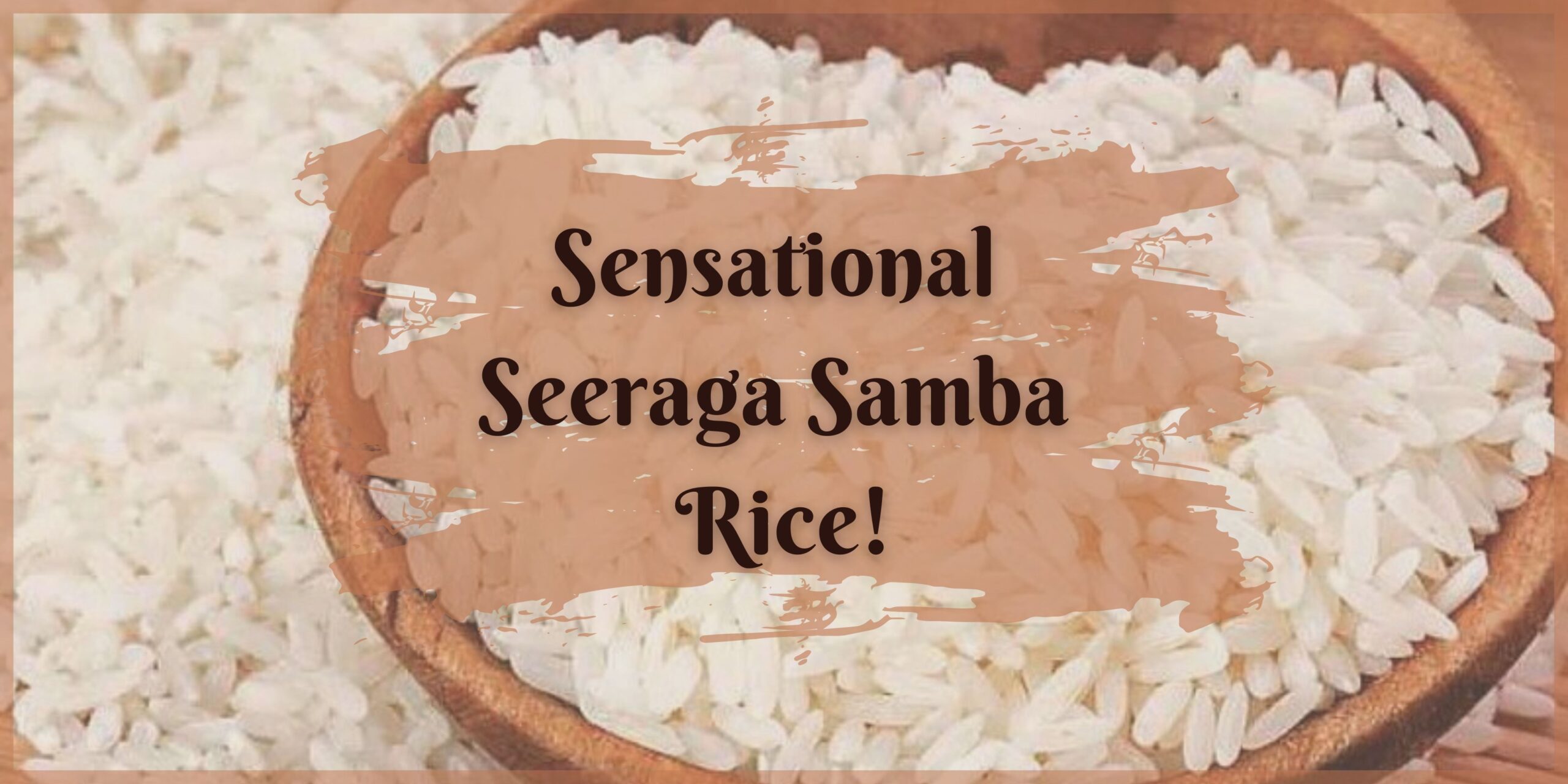 The benefits of Seeraga samba rice are fully elucidated in this post. Seeraga samba, the local variety of rice, does not need to be explained. Even just saying the word makes you think of biryani, a simple but delicious dish.

The rice’s unique ability to soak up flavour has made it very popular at home and in the hospitality industry, despite its high price and small size. The name for rice stems from the form of the grain, which is akin to the beneficial cumin seeds. The word “samba” refers to the harvesting season, which is between August and January.

Seeraga samba is only grown in the following places:

This rice might be the first of its kind to be recognised as a Geographical Indication product in Tamil Nadu.

Younger generations are increasingly favouring indigenous rice varietals. It has been observed that locally cultivated rice has a higher vitamin B complex concentration and glycemic load. Consuming Seeraga samba rice is better than eating polished white rice. There are several types of rice, each with its own set of advantages.

Being a good energy source is included in the benefits of Seeraga samba rice. Seeraga samba rice is thought to be one of the best kinds of rice because of how good it tastes and how well it cooks. After eating it, a person will feel a big surge of energy that will give them the strength to work out hard. There is no fat in 100 grammes of rice, but it has 170 calories. Because of this, this kind of rice is great for people who are trying to lose weight or already possess a healthy weight.

People who want to eat less cholesterol may find that eating jeera rice or Seeraga samba is good for them in many ways. Even though it has a good amount of energy or calories, it does not have the bad cholesterol and fat that other foods do. This helps prevent heart disease and provides more energy. Because it is low in sodium, fat, and cholesterol, it helps to reduce obesity and the health problems that come with it.

Rich in Selenium is one of the benefits of Seeraga samba rice. Seeraga samba rice is beneficial to our health due to its high Selenium concentration. Several of the advantages of selenium are discussed below. Selenium’s antioxidant qualities protect the body from the harm that free radicals can inflict.

Selenium aids in the prevention of cancer, notably in the digestive tract, intestines, and breast. It guards our heart against any disorders related to the cardiovascular system. It is good for your mental wellness. It helps the thyroid gland work better while also preventing hormonal imbalances that are generated by the thyroid gland.

Selenium strengthens the overall immune system, making it more effective against dangerous bacteria and viruses. It helps to lessen asthma symptoms and also prevents them from occurring. The antioxidant and anti-inflammatory properties of selenium effectively reduce inflammation and oxidative stress.

After an 8–10 year follow-up, a research revealed that 200 mg of selenium, in the form of selenium-enriched yeast containing 65%–80% “Selenmethionine,” which is 3–4 times more than the RDA, decreased total death, mortality from all cancers, and decreased the incidence of colorectal, lung, and prostate cancer in people.

Administering blood pressure is one of the benefits of Seeraga samba rice. The role of sodium in controlling how much sugar is in the blood is very important. Blood pressure might increase as a result of elevated salt levels, which can cause health problems like stroke, heart problems, brain damage, and trouble seeing. Eating Seeraga samba rice may be particularly beneficial for people with high blood pressure. It contains significantly less sodium, a mineral that lowers blood pressure, than other rice varieties.

Seeraga samba rice is a food that has a low glycemic index, which means that it takes longer to digest. This prolongs your feeling of fullness and lowers your desire to eat frequently. When food is broken down slowly, sugar gets into the bloodstream in a more controlled way. People with diabetes who want to eat rice because it tastes good will find this to be a very good thing.

Seeraga Samba rice is a popular rice variety that offers high levels of soluble fibre. It does not promote constipation and controls bowel motions when taken.