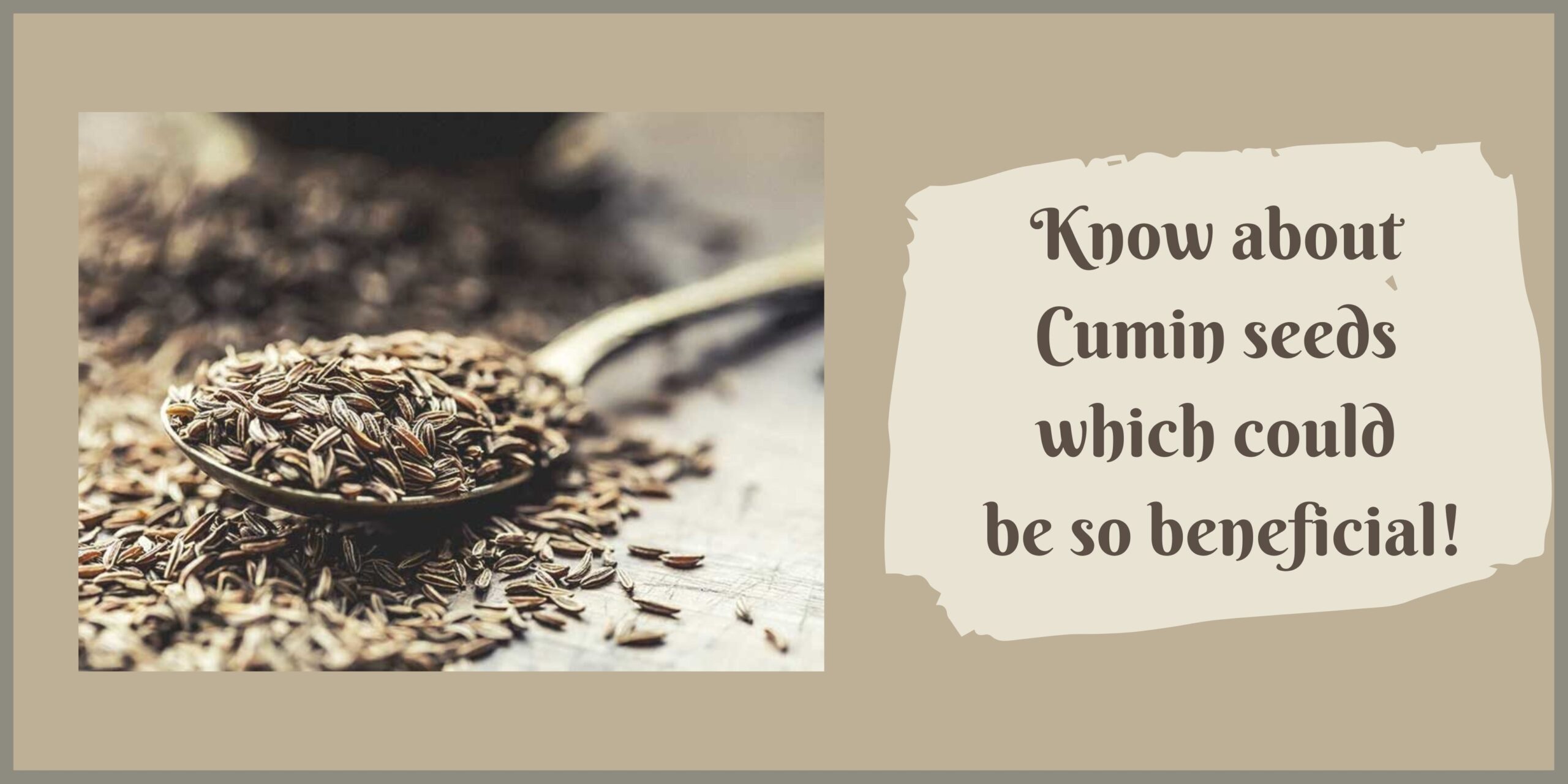 Know about Cumin seeds which could be so beneficial!

The uses of cumin seeds are elucidated exhaustively in this post. Cumin is considered a herb, and in medical treatments, the seeds of the cumin plant are used. The cumin spice is produced from the seeds of the Cuminum cyminum plant. Cumin is used in several foods and drinks as a flavouring agent, and cumin oil is utilised in various industrial operations as a fragrance component in cosmetics. Cumin is utilised in a broad range of cuisines, notably those of its native Mediterranean and Asian regions. Chili, tamales, and a wide range of Indian curries may benefit from cumin’s distinctive flavour. According to those who have tried it, its flavour is spicy, nutty, earthy, and toasted. Cumin is an outstanding source of iron, calcium, vitamin C, vitamin K, and vitamin B6. Cumin has long been acknowledged to offer various health benefits, such as facilitating digestion and preventing food-borne infections. Recent scientific studies have confirmed some of these traditional health advantages. In addition, research has uncovered several previously unknown advantages, such as the facilitation of weight reduction which prevents the cause of obesity, and an improvement in both blood sugar management and cholesterol levels.

According to clinical trials, cumin helps lower blood cholesterol concentrations. One study revealed that ingesting 75 mg of cumin twice a day for eight weeks led to a decrease in dangerous blood triglyceride levels. In a separate study, participants who consumed cumin extraction for 1.5 months showed lower amounts of damaged “bad” LDL cholesterol compared to previous therapy. The reduction amounted to around 10 percent. Multiple studies demonstrate that cumin supplements help reduce blood cholesterol concentrations. Decreasing inflammation is one of the uses of cumin seeds. Cumin is a spice that includes several plant components that have anti-inflammatory properties. Cumin extracts have been shown to suppress inflammation in test-tube experiments. Various cumin components may have anti-inflammatory properties; however, it is still unknown which of these components is most important. Cumin entails various plant compounds, including alkaloids, phenols, flavonoids, and terpenes, associated with potential health advantages. Several of them are antioxidants, which minimise free radical damage to the body.

Components of cumin that have the potential to assist in treating diabetes have been examined. One clinical study assessed the impacts of a concentrated cumin supplementation on those of a placebo and reported that the actual supplement decreased initial signs of diabetes in obese persons. Additionally, cumin has compounds that safeguard against some of the problems that may come from diabetes over time. Advanced glycation end products are one way through which diabetes damages biological cells. Magnesium, phosphorus, vitamin A, and vitamin E are found abundantly in cumin seeds. Vitamin A in particular has many benefits such as maintaining the health of your eye. Aiding in treating drug addiction and preventing food-borne infections are the uses of cumin seeds. Opioid narcotics create addiction by overriding the brain’s normal feelings of need and reward, resulting in continued or increased usage. This global epidemic of drug dependence is a huge global cause for concern. In experiments with rodents, components of cumin have been shown to reduce addictive behaviour and withdrawal symptoms. Many people worldwide are deficient in iron, and cumin is high in iron, supplying about 20% of your necessary iron in just one teaspoon.

Facilitating weight reduction and cutting down on fat are the uses of cumin seeds. In a few clinical studies, concentrated cumin tablets were found to be effective at promoting weight loss. In a study involving 88 obese women, yoghurt with 3 grammes of cumin produced higher weight reduction than yoghurt without cumin. According to a second study, individuals who took 75 mg of cumin capsules daily were able to lose an additional 3 pounds (1.4 kg) compared to those who took a placebo. In the third clinical study examining the effects of a concentrated cumin supplement, 78 adult males and females participated. During the trial, individuals who took the supplement lost 2.2 pounds (1 kilogramme) more than those who did not. Numerous studies have demonstrated that concentrated cumin tablets can promote weight loss. Cumin may have traditionally served as a food preservative in addition to its condiment purpose. Cumin seeds are beneficial to one’s general health and encourage a healthy lifestyle when ingested regularly.