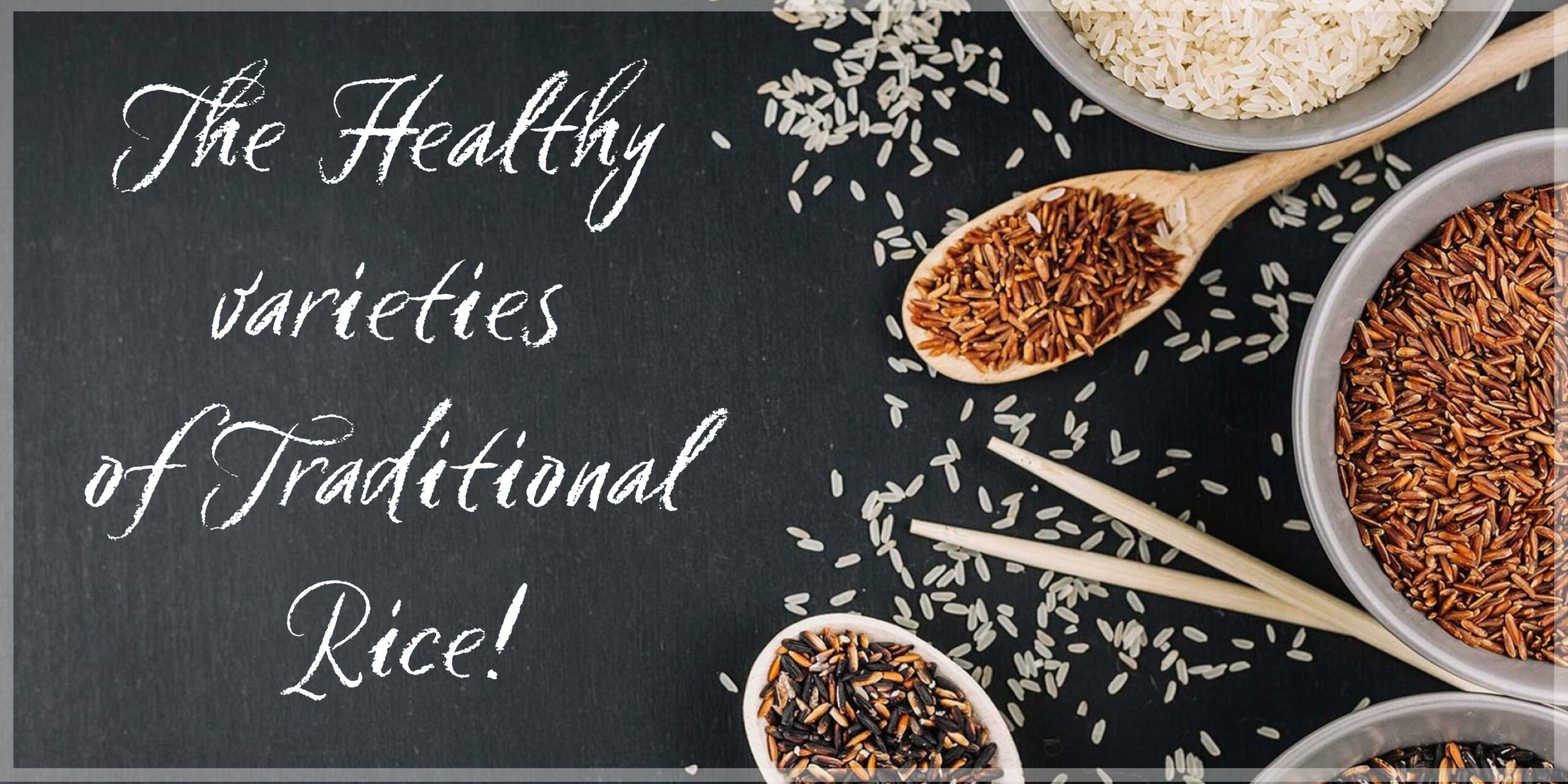 The healthy varieties of traditional rice!

The benefits of traditional rice and its varieties are explained thoroughly in this article. Traditional rice varieties were in short supply in India, and the majority of them were destroyed due to the green revolution and other forms of modernisation. Thanks to the farmer and consumer activist Nel Jayaraman, who devoted his life to collecting, revitalising, and protecting ancient rice types. Nearly 175 kinds were restored and employed for farming due to his efforts. In the olden days, India had 35 million food types known owing to its unique culture, whilst China only had 30 thousand food varieties in its tradition. Currently, when the remainder of the world’s food kinds is added together, they total roughly 10,000. We have lost track of most of them, such as aval, Kali kinds, Neer urundai, kolukattai types, etc., and rice is a key component in a variety of Indian dishes at present.

According to research, traditional rice has double the protein and amino acid levels of white hybrid rice, and white rice has reduced essential amino acid levels than red/black rice. The red bran layer, which includes Iron, Zinc, Potassium, Sodium, Manganese, and other minerals, comprises 95 percent of the minerals and dietary fibre found in whole rice. Carbohydrates and proteins predominate in the inner white part. The benefits of traditional rice include the following: unlike normal rice, which requires a typical rice growing location, they may flourish in any geographical environment. Traditional rice offers a variety of benefits much like organic food products, including boosting immunity and stamina and strengthening muscles, nerves, and blood. They promote healthy growth in children and eliminate neurological weakness in adults. They increase blood flow to our bodies, providing rapid energy and aiding digestion. Porridge may be prepared, which is far healthier than other traditional rice cooking methods. Each type of traditional rice has its unique set of therapeutic properties.

Maapillai Samba (Bridegroom Rice), Karunguruvai, Kaatuyaanam, Poongar, Kullakar, Kallurundai, Arubatham Kuruvai, Navara, Black Kavuni, and Moongil / Bamboo Rice are some of the traditional rice kinds. The benefits of traditional rice aid the ecological farming system by producing straw and is utilised in livestock farming which has many benefits. The crop life of Mapillai Samba Rice is 160 days, and its health advantages include controlling paralysis, being beneficial for diabetic people since it is low in carbs and sugar, and curing stomach and mouth ulcers. It may be cooked like rice or used to make Idli, Dosa, Upma, Pongal, and other dishes. Karunguruvai rice has numerous benefits and has several medicinal properties. It is revered as a sacred rice type in Tamil Nadu. Tamil Nadu, Karnataka, and Kerala are among the states where it is commonly grown. This rice can cure leprosy and heal wounds caused by dangerous bites. This rice is used to make Annakaadi, a Siddha medication used to treat cholera, and its lehyam is used to treat elephantiasis. This rice is recommended for people with long-term drug difficulties and a lack of immunity, and it is mostly utilised in Siddha medications.

The benefits of traditional rice entail the following: expensive cultivation, as is the case with other common rice varieties, is not required in the case of traditional types of rice, alleviating farmers’ burden. In the past, Kaatuyaanam was known as kattudai onaan and has since gone away. A former teacher from Vaduvoor village revealed where this traditional rice comes from during one of Nammalvaar’s speeches. Kaatuyaanam is a medicinal plant that grows up to 7 feet tall and can endure droughts, floods, and other climatic extremes. Elephants can readily hide in lands that are farmed with this crop. As a result, it may have been given the name Kaatuyaanam, and the growth period of this rice is 180 days. People who are unwell and have been in bed for a long time should eat cooked rice saturated in water for at least a day, according to Kaatuyaanam’s therapeutic advantages. This rice is beneficial to diabetics and has anti-cancer properties. Cancer and other illnesses are said to be cured by porridge prepared from this rice and curry leaves.