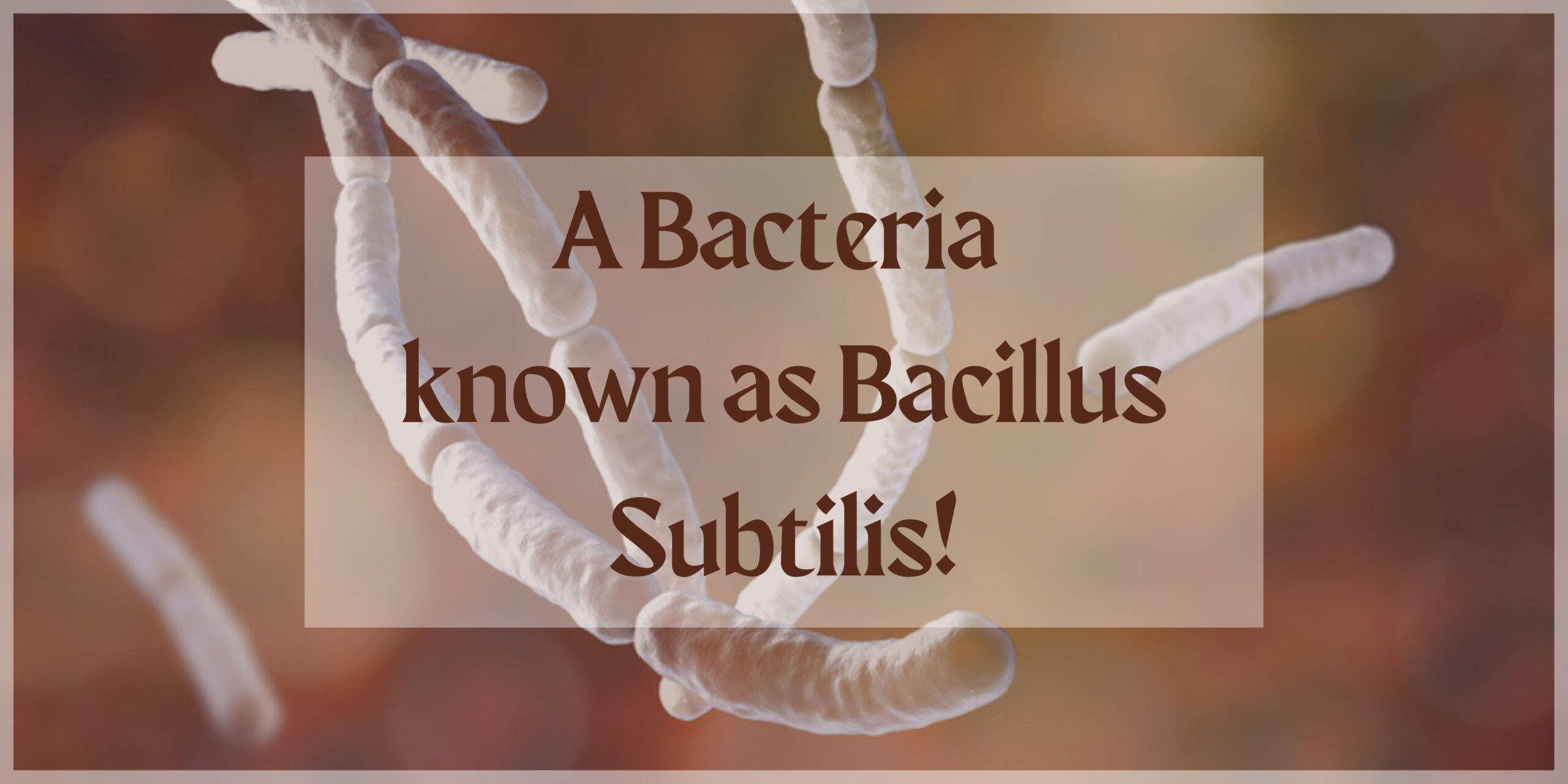 A bacteria known as Bacillus Subtilis!

The benefits of bacillus subtilis are addressed carefully in this article. Bacillus subtilis is a biological tool that can help crops grow by causing biomolecular changes in unfavourable environments. Crop productivity can be influenced by both environmental and genetic variables.

Microbes that are beneficial to plants are increasingly being used to boost agricultural yields and give an alternative to artificial fertilisers and pesticides. Most bacteria that are advantageous to plant growth are Pseudomonas and Bacillus species. Bacillus differs from Pseudomonas because it can create spores, whereas Pseudomonas cannot.

Bacillus subtilis contributes to the proper development of plants in various ways. It can produce heat and stress-resistant spores. It can also be put into a number of dosage forms. We can combine it with chemical pesticides without inactivating them. The mass of bacillus subtilis production technology is simple, and the price is inexpensive. The application and storage are both simple.

The potential outcomes of Bacillus subtilis can be divided into two categories: spatial locus competition and nutritional competition. Its ability to rapidly and massively grow and colonise in the rhizosphere, body surface, and soil results in antibacterial and disease-preventing actions. It also effectively rejects, inhibits, and interferes with plant pathogenic microbe colonisation and infection.

Bacillus subtilis secretes several compounds that stimulate plant development and protect against pathogen invasion. Certain explorations have been carried out to look into the physiological alterations in crops in reply to Bacillus subtilis, which protects crops from severe environmental circumstances.

Bacillus subtilis produce siderophores and exopolysaccharides, which limit the passage of harmful ion. It modifies the ionic balance as well as water transport in plant tissues. Also, it controls the pathogenic bacteria population under water scarcity.

Simultaneously, it converts compounds that are difficult for the soil to absorb into substances that are easily absorbed by crops and protects soil. It stimulates crop nutrient absorption and utilisation. And it improves the rate at which fertilisers are used.

Producing antibacterial substances is one of the benefits of bacillus subtilis. Bacillus subtilis is capable of creating a variety of antibacterial and bacteriostatic chemicals during its development. These compounds include organic acids, subtilin, antimicrobial proteins, and others. These substances can impede the growth and reproduction of harmful bacteria. And in certain situations, they can even destroy the structure of the bacterium, effectively eliminating the pathogens. As a result, Bacillus subtilis has a beneficial effect on treating and preventing illnesses such as root rot, double rot, and grey mould.

Cell-wall-degrading compounds from Bacillus spp., such as protease, chitosanase, cellulase, lipopeptides, glucanase, and hydrogen cyanide, are used to limit the populations of pathogenic bacteria, fungi, viruses, nematodes, and pests in crops and farmlands.