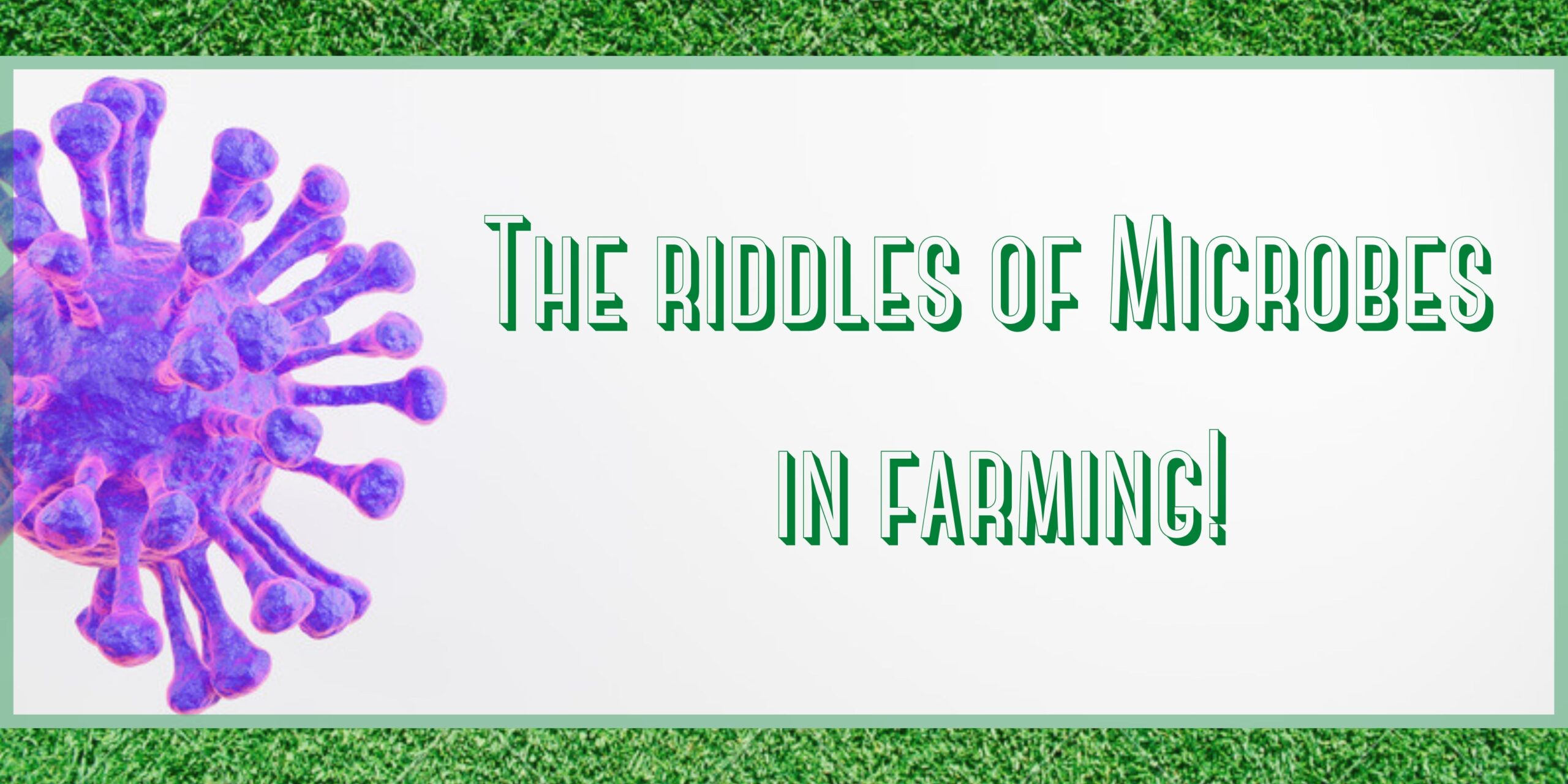 The riddles of Microbes in farming!

The role of microbes in agriculture is discussed in great depth in this post. Three ecological components are necessary for farming productive output: light, water, and good soil. The increase in cropping methods caused by the industrialisation of farming has led to the use of massive quantities of chemical fertilisers and pesticides, which have harmed these natural reserves. As a result, farming approaches that do not rely on increased fertiliser and water consumption are needed to fulfil the expanding requirement for global food. Millions of microorganisms live in plants and soil, forming a microbial ecosystem called the microbiome. Crop yield enhancement, nutrient usage effectiveness, and insect and phytopathogen management are among the advantages that a functional microbiome may provide to its host. As a result, there is an urgent requirement to integrate the plant-associated microbiome’s operational capability and creativity into crop production. Furthermore, new scientific approaches that analyse nutrient flow across the plant, its resident microbiome, and the surrounding soil will open up new possibilities for designing more effective microbial consortia.

Microorganisms are essential in farming because they aid in composting processes, producing manure, preserving fertility, and improving soil quality. The role of microbes in agriculture entails the employment of a handful of microorganisms as biofertilisers, such as Mycorrhizativity, Blue-green algae, Azospirillum, Azotobacter, and Rhizobium. The variety of a microbial inoculum is now widely understood to be just as significant as its capacity to promote plant development. Not unexpectedly, the findings of these plant and soil microbiome investigations have led to a paradigm transition away from single, particular soil bacteria and toward a more integrated microbiome strategy for improving crop production and soil health regeneration. The capability of vegetation to generate food, fuel, and fibre for an expanding global population depends on the soil condition. To keep up, the total amount of cultivated land on the planet has grown by almost 500 percent in the previous five decades, thanks to a 700 percent rise in fertiliser usage and a multiple-fold insecticide increase in use. Evidence shows that aboveground plant variety appears to sustain belowground microbial biodiversity, mainly via root exudation and rhizodeposition.

The role of microbes in agriculture involves supplying antibiotics, nutrient composition, and growth agents to plants to aid in their development. Fungi, bacteria, and viruses are examples of microorganisms; ranchers and farmers frequently consider microbes as bugs that harm their plants or livestock as well as themselves, although numerous microorganisms are helpful. Bacteria and fungus in the soil are critical for digesting organic materials and reusing old plant material. Certain soil bacteria and fungus create symbiotic interactions with plant roots, supplying essential nutrients such as nitrogen and phosphorus. Fungi may colonise the higher sections of plants and give various advantages, including that drought endurance, heat endurance, pest-resistant, and disease resistance. Viruses are usually always considered potential pathogens, which is understandable given that the types that induce infection have been investigated. However, roughly half of the plants contain viruses, but most don’t appear to be sick since the viruses appear to survive in the crops without harming them. Microbes also play a critical role in providing nutrients to crops in zero budget farming.

Bacteria, fungus, algae, protozoa, and viruses are examples of microorganisms that play a vital part in agriculture. Microorganisms aid in the breakdown of organic materials and the production of humus. Nitrogen fixation, phosphate solubilisation, potassium mobilisation, pathogen antagonism, and pest control are significant functions of microorganisms. The role of microbes in agriculture comprises microbial activity enriching the land with nitrates and certain additional nutrients.  Microorganisms have long been used in agricultural activities, and as a result, the importance of microbes in integrated farming cannot be overstated. The production of new microbial strains for the application of farming operations has been accomplished because of the advancement of molecular biology. These encompass improving consumable mushroom strains, developing novel strains of lactic acid bacteria for employment in food and feed fermentations, and maintaining animal welfare.  The advantages of this novel technique in farming include the production of biopesticides, the shielding of agricultural plants from frost damage, and the growth of bacteria that enhance soil quality.