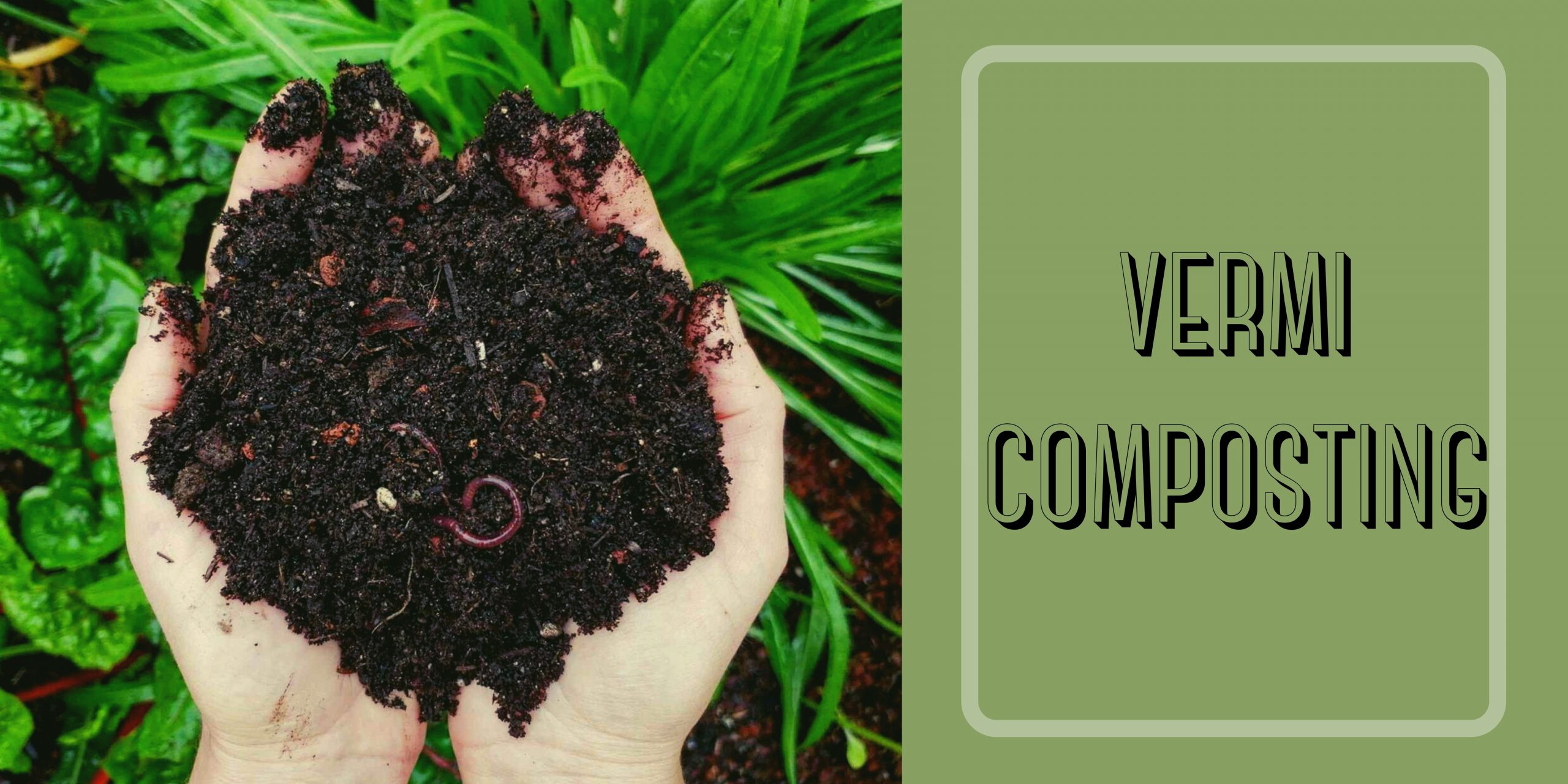 The A – Z of Vermicompost!

Vermicompost, often known as worm compost, is a mixture of decaying plant or food scraps, bedding materials, and vermicast made by several types of worms, most commonly red wigglers, white worms, as well as other earthworms. This is termed vermicomposting, and the practice of raising worms for this cause is referred to as vermiculture. Vermicast (also known as worm castings, worm compost, worm humus, or worm excrement) is a by-product of the decomposition of organic materials by earthworms, and it is used to fertilise plants and is one of the alternatives of chemical fertilisers thus guarding plants from its hazards.

In vermicomposting, or worm composting, green waste is transformed into rich, black soil that smells like earth and is magically fertile. It’s like hyper compost since it’s mostly made up of worm castings. Nutrient-dense, it also has an abundance of the microbes necessary for farming and promote sustainable soil. The use of vermicomposting has a number of advantages, but the two most widely recognised are (1) removing organic residuals from landfills and lowering trash collection costs, and (2) generating products from garbage.

When applied to gardens, vermicompost has been shown to stimulate plant growth. Plants will benefit from the addition of vermicompost to potting medium at a rate of 10 percent by volume, or it can be mixed directly into the soil; either method will supply plants with vital organic compounds, nutrition, and a diverse population of helpful bacteria.

The following are some of the advantages of Vermicompost, often known as worm compost: increases the volume of nutrients available to plants in the soil, promotes the growth of a large number of beneficial bacteria, enhances soil structure and health, intensifies the water-holding capacity of sandy loams, raises the soil’s power to retain nutrients in plant-available sort, elevates the oxygenation and inner drainage of substantial clay loams. As a source of water-soluble nutrients, vermicompost is a very effective organic fertiliser and soil conditioner that is high in nutrients. It is utilised in gardening and organic farming that is both sustainable and environmentally friendly.

Vermicompost is frequently used as a top or side dressing for the most demanding and worthy plants in a garden because it is typically produced in small quantities. When used in conjunction with ordinary compost, it provides a significant stimulus to garden soil. When mixed with potting soil, it provides a burst of energy to plants growing in pots, whether outdoors or indoors. Vermicompost that has been appropriately prepared has a faint, natural odour and is entirely suited for indoor usage.

The process of preparing vermicompost, often known as worm compost can also be used to treat sewage, according to some sources. An alternative method of treating wastewater is vermifiltration (also known as vermidigestion), which may be used to remove organic debris, pathogens, and oxygen demand from sewage or straight from the blackwater produced by flushing toilets. Vermicomposting has gone mainstream in both commercial and household applications due to its speedy processing of organic wastes. It also produces goods with reduced salt levels when manure is composted.

Earthworms may be raised in a variety of containers, the most common of which are plastic bins of several dimensions. A worm bin, in general, takes very little upkeep. Worms are astoundingly easy to care for living companions. They don’t require feeding on a daily basis, they don’t create a lot of noise, and they just require cleaning of their waste containers every three to six months. Vermicompost, often known as worm compost with worms is beneficial for more than just plants. It’s also beneficial to the environment.

As a result, food waste and perhaps other organic compounds are kept out of our garbage, and the amount of waste we generate is reduced. It’s not unheard of for expert vermicomposters to lose a worm colony. Several factors can cause worm losses, bad smells, and pest and fly problems, but preventing problems and rapidly resolving them will assure success. Finally, avoid overfeeding, especially non-worm-friendly food. Vermicompost is a nutrient-rich organic fertiliser and soil conditioner that contains water-soluble nutrients. It’s employed in agriculture and small-scale organic farming. The Uyir organic farmers market raises awareness about the importance of organic farming and organic food items among the general public, as well as on the importance of healthy living.