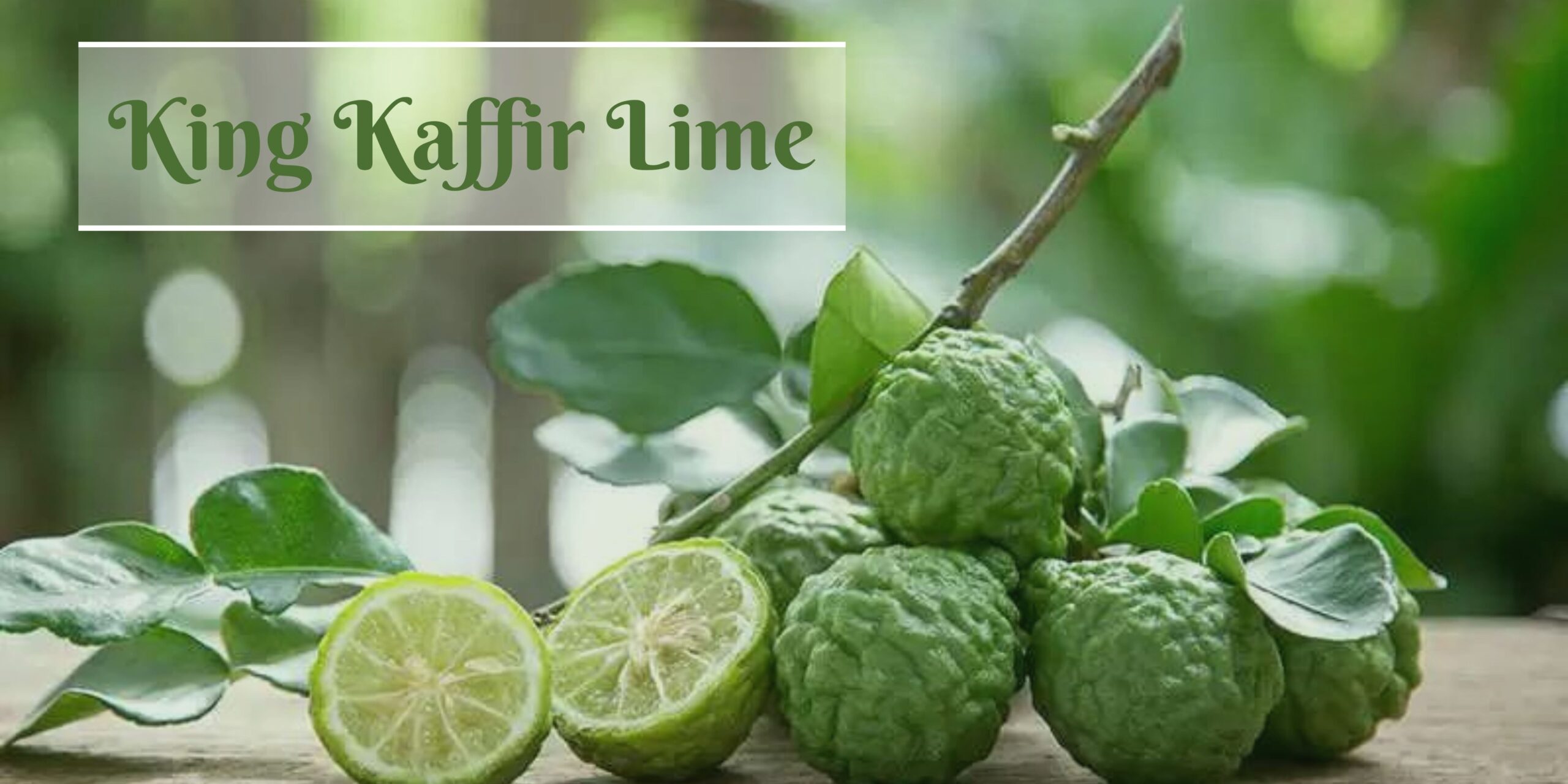 The benefits of kaffir lime are totally elucidated in this post. “Citrus hystrix,” more commonly referred to as kaffir lime, is a variety of citrus fruit that is widely cultivated in Southeast Asian nations, including India. South Indian and Bengali cuisines frequently incorporate it. The peels and leaves of kaffir lime plants are valuable for flavouring food, producing fragrance, and curing a range of ailments, in addition to the fact that their fruits are edible.

Kaffir lime, similar to other limes, appears dark green when raw and yellow when it is ripe. It features creases on the fruit’s surface, or a rough surface, giving it a distinct appearance from other limes on the market.

The plant’s leaves are dark green and lustrous. They are crushed primarily for their powerful citrus scent and used to flavour foods such as seafood and curries. Because kaffir lime produces relatively little juice, its rind or external skin is finely grated and utilised in various cuisines to add a citrus flavour.

Patients who have been using chemotherapy drugs such as doxorubicin for a long time are more likely to develop abnormalities in their liver function. Kaffir lime has hepatoprotective properties and may aid in the reduction of liver damage. Kaffir lime lessens liver impairment by lowering inflammation and enhancing cellular functions that are affected by free radicals.

Relieving cough is one of the benefits of kaffir lime. The kaffir lime is an effective cough suppressant. If you take it with honey, it may make coughing up phlegm easier. In one study, the anti-inflammatory function of kaffir lime was studied and found to be helpful against fever and cough. Coumarins, a chemical found in the skin of the fruit, has anti-inflammatory properties and may be able to help relieve coughing.

The use of kaffir lime frequently stimulates the digestive tract. It can aid several digestive ailments, such as indigestion, gas, and stomach pain. The flavonoids in kaffir lime juice promote stomach health and protect stomach cells from many disorders.

The kaffir lime tree’s fruit and leaves both have exceptional antioxidant properties due to their high concentrations of polyphenols such as carotenoids, phenolic acid, flavonoids, and alkaloids. Together, they fortify the immune system and contribute to immunomodulation, which helps the body fight various ailments.

Safeguarding humans against cancer is included in the benefits of kaffir lime. A study was done to determine whether kaffir lime possesses antileukemic characteristics. The fruit was determined to contain organic compounds known as phytol and lupeol. These chemicals prevent cancer from growing by inhibiting the proliferation of leukemic cells. It may help prevent a range of malignancies, including blood cancer, cervical cancer, colon cancer, and many more.

Essential oils originating from citrus fruits, such as kaffir lime, have been demonstrated to have anti-anxiety and anti-depression properties. They have a revivifying and relaxing impact on both the mind and the body. Furthermore, Kaffir lime oil has a soothing effect, making it simpler to fall asleep and reducing the effects of mental tension.

This green lime has a pear shape and anti-microbial qualities that are excellent against streptococcus bacteria, which cause most tooth problems. Bacteria have a tendency to cause the formation of biofilm on the teeth, which then multiplies and causes tooth decay. Kaffir lime not only inhibits the growth of germs in the mouth but also inhibits the formation of biofilms in the mouth.

Protecting the heart is one of the benefits of kaffir lime. According to one study, the kaffir lime contains two potent flavonoids called naringenin and hesperidin. They contain high antioxidant activity, which leads to better cardiovascular health and protects against free radical damage.

Kaffir lime juice may contain anti-microbial properties. When used as a disinfectant, it can eradicate a wide range of bacterial strains, including P. aeruginosa, and inhibit disease transmission. It is frequently found in cleaning goods marketed to medical establishments.

The juice and oil extracted from kaffir limes are good for the skin. It may help to revitalise the skin, prevent acne, and reduce the appearance of signs of ageing, such as acne, scars, and wrinkles. Furthermore, the fruit possesses skin-health benefits such as reducing inflammation, scavenging free radicals, and modifying the immune system.