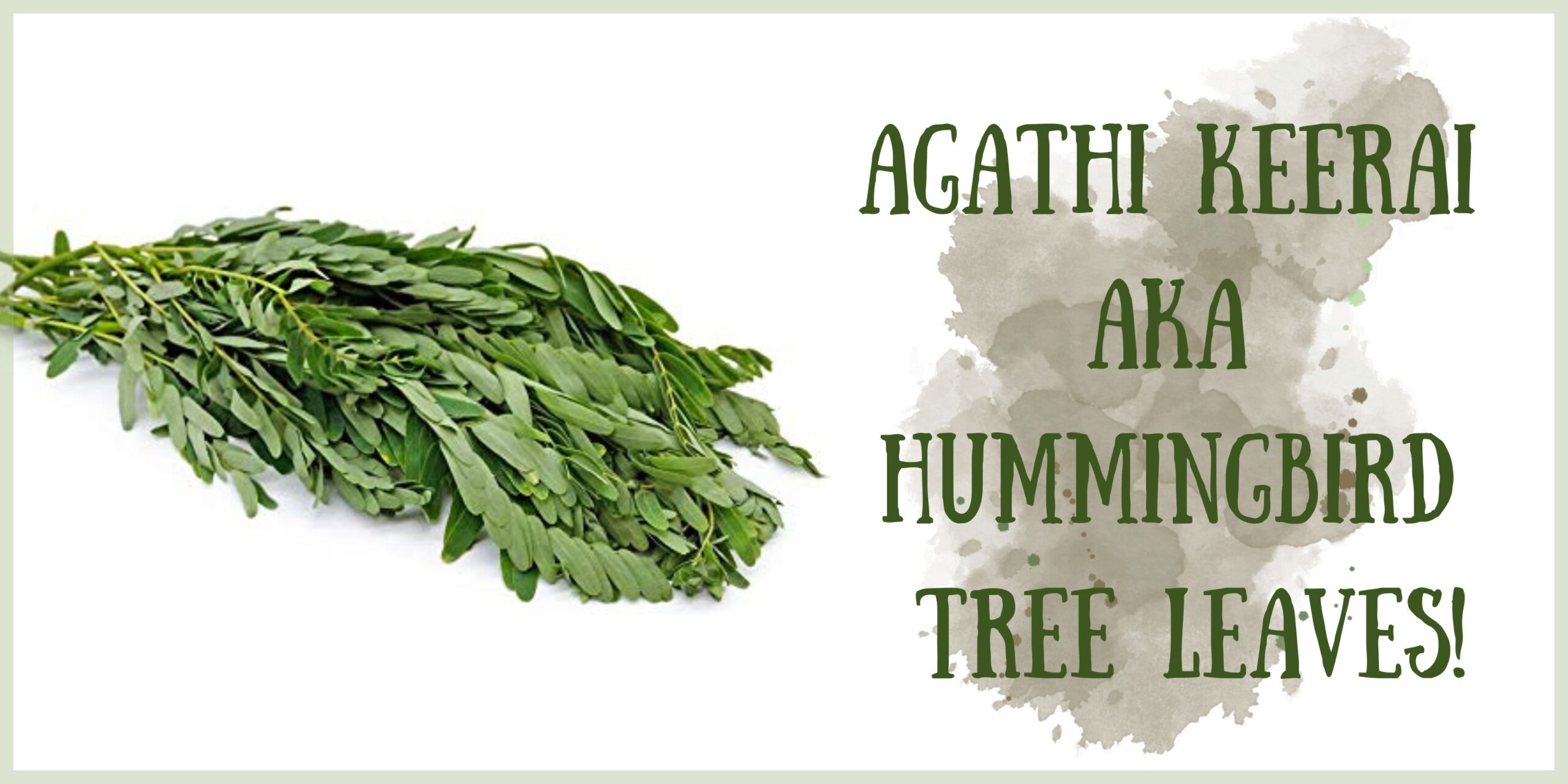 The benefits of Agathi keerai are analysed carefully in this post. Sesbania grandiflora, popularly referred to as Agathi Keerai, aka the hummingbird leaves, is a tiny, loosely branched tree in the Fabaceae family. Agathi Keerai denotes the plant’s green leaves. It is a tree which grows quickly and flourishes in a hot, humid environment and is native to India, Malaysia, Mexico, the Philippines, Indonesia, and the Southwest United States.

The name “Agathi” literally translates to “inner fire,” which indicates that it will ignite the fire that is already present in all of the body’s organs and restore proper blood circulation. In addition, it is a cleaning agent.

Agathi Keerai also called “omnipotent spinach”, can treat both physical and mental illnesses. The Siddha school of medicine says that it possesses 63 medicinal properties that are good for human wellbeing. In addition to protein, fat, and minerals, Agathi Keerai also possesses the components such as iron, and vitamin C. It also has Vitamin A which has a lot of benefits.

This Agathi Keerai plant is often utilised to cultivate pepper creepers and betel leaf creepers. There are several types of Agathi spinach, including ‘Pei Agathi,’ ‘Seemai Agathi,’ ‘Sitragathi,’ and ‘Sazhai Agathi’; however, they are all considered members of the same family.

In contrast, the colour of the flowers that emerge from the Agathi distinguishes between two unique varieties. The first is white, but the second has a crimson hue known as ‘Sevvagathi.’ The plant’s leaves, blossoms, roots, and outer covering are frequently utilised for therapeutic purposes.

Healing stomach ulcers is one of the benefits of Agathi keerai; stomach ulcers can be quickly healed by a soup prepared with Agathi spinach, cumin, pepper, and a small onion. Just like organic food products agathi keerai has been demonstrated to have a substantial positive effect on the human immune system.

The Agathi spinach extract will treat all types of wounds, including foot sores and other cuts. The spinach leaf must be sautéed in coconut oil, and the resultant essence must be applied to the leucoderma-affected parts of a person’s skin.

If the extract of this spinach is squeezed through the sea conch and then applied on warts, the warts will eventually come off. You may prepare delectable fries from the flowers, and doing so helps cure symptoms such as dizziness, eye sores, and yellow urination.

The usage of Agathi flowers might be a blessing for smokers attempting to quit. The potentially hazardous material will be expelled via faeces. Agathi leaves are highly effective at reducing cholesterol and triglyceride levels and preserving a healthy lipid profile.

Stress, depression and anxiety alleviation are entailed in the benefits of Agathi keerai. By consuming Agathi keerai on a consistent basis, one might alleviate feelings of mental distress and tension.

Acidity-related problems can be fixed with Agathi keerai. It will make your eyes feel better and cool down your body. If you consume Agathi keerai on a regular basis, you will find that your urine and stool excretion have become perfectly natural.

It has been demonstrated that cooked Agathi spinach flower coupled with pepper, cumin, garlic, and onion reduces the incidence of cancer, kidney-related diseases, inflammation, and heart palpitations.

Aiding digestion is one of the benefits of Agathi keerai; it makes digestion easier. Antioxidant-rich Agathi leaves defend the cell membrane from oxidation induced by free radicals, hunt for free hydroxy radicals, and aid in preventing DNA destruction.

Ayurvedic practitioners have extensively used Agathi leaves to treat respiratory issues, fever, sinusitis, and headaches. The leaves are excellent as an anthelmintic, diuretic, and laxative due to their powerful medicinal effects.

The flowers have demonstrated efficacy in treating night blindness, headaches, and cataracts. In addition to these applications, the tree’s bark has been demonstrated to be useful in treating smallpox, malaria, gonorrhoea, and diarrhoea. Agathi leaves are renowned for aggravating Pitta dosha, calming agitated Vata dosha, and balancing out excessive Kapha dosha.