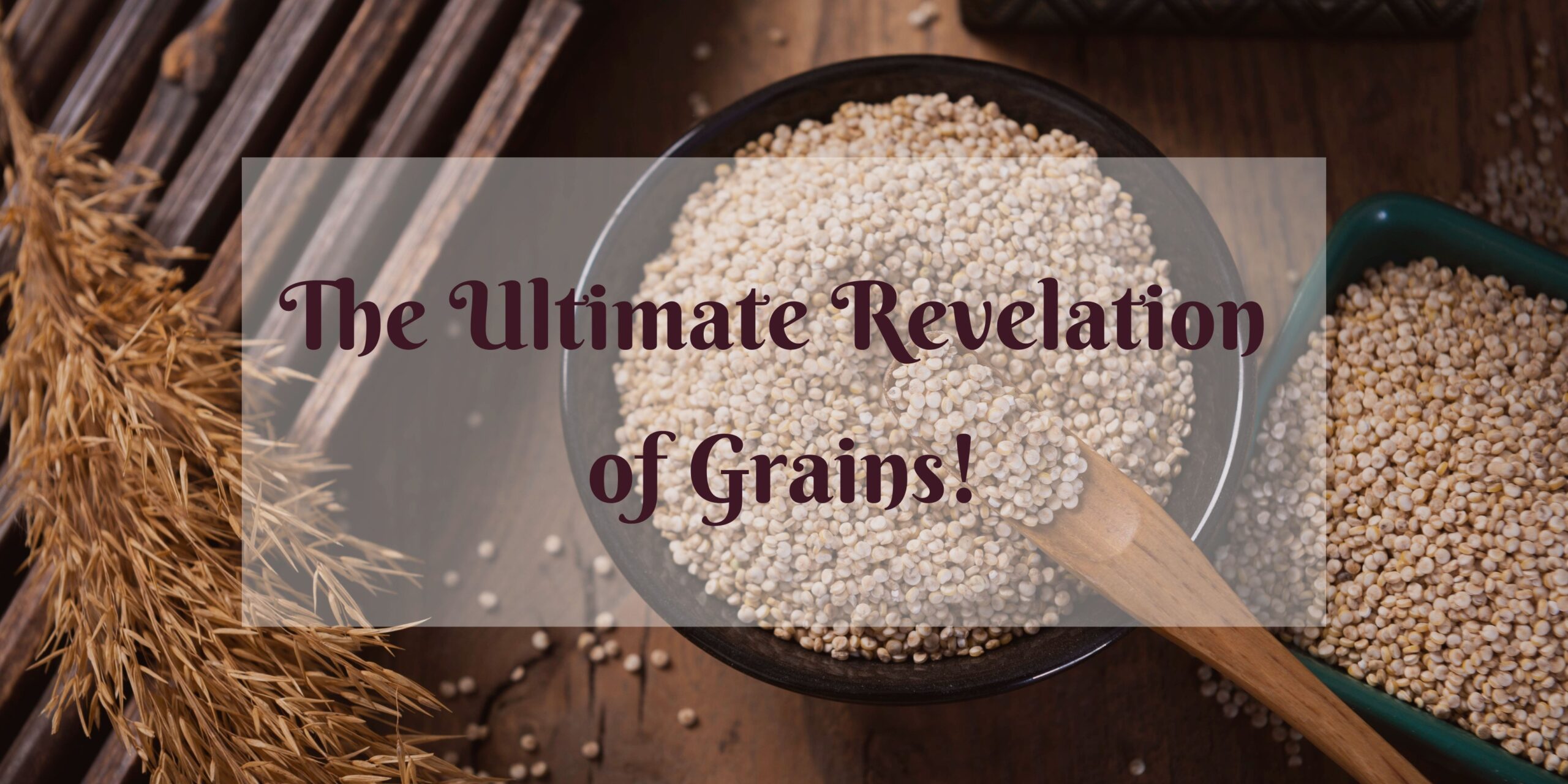 The ultimate revelation of Grains!

The uses of grains are elucidated thoroughly in this article. A grain is a tiny, hard, dry seed extracted for human or animal use — with or without an associated hull or fruit covering. A grain crop is any plant that produces grain, and the two primary commercial grain products are cereals and legumes. Dry grains are more lasting than other staple food types such as starchy fruits, including plantains, breadfruit, and others, as well as tubers such as sweet potatoes, cassava, and others. Grains’ longevity makes them ideal for industrial farming, as they can be harvested mechanically, transported by rail or ship, kept in silos for extended periods, and processed for flour or pressed for oil. As a result, the grain market is a significant worldwide commodities market, encompassing crops such as maize, rice, soybeans, wheat, and other grains. Grains, often known as cereals, are the world’s most important staple food, and sorghum, millet, rye, and barley are considered significant grains.  It’s simpler to live a healthy lifestyle since grains are organically good source of fibre, which helps you sense content and pleased.

Grains provide an average of 48% of the calories, or dietary energy, consumed by humans. Additionally, grains are used to feed cattle and make various cooking oils, fuels, cosmetics, and alcohol. Almost half of the grains cultivated worldwide are gathered for human use, and wheat flour is used to create bread, rice is steamed, and maize tortillas are made. Grains are a food staple in practically every culture on the planet, and a food staple is a food that is consumed on a regular basis, generally at each meal. Rice, corn and wheat are the most prevalent essential foods on Earth, and they may be consumed fresh or preserved for usage throughout the year. The uses of grains entail delivering a third of the world’s grain for animal feed, and the majority of domesticated animals, from cattle to dogs, are fed grain- and grain-product-rich diets. Grains are annual crops, which indicates they have a single growing season and produce only one crop every year. Grasses grow, mature, produce seeds, and then die, and grains are gathered from grasses that have died or become dry.

Carbohydrates and vitamins in grains

Grains are essential because they offer a good supply of carbs, which are necessary nutrients. Grains are rich in carbohydrates, as well as other vital minerals and vitamins, which provide organisms with the energy they require to function. While grains meet many dietary requirements, they frequently lack crucial proteins. When paired with protein-rich legumes like beans, grains constitute a staple diet in many civilisations. Corn and beans, rice and tofu, wheat bread and peanut butter are all examples of nutritious grains and legumes. The uses of grains include biodiesel, which is a sort of automotive fuel, and ethanol, which may be created from corn. Certain seeds of non-grass plants, or pseudocereals, such as buckwheat, quinoa, and amaranth, are indeed regarded as whole grains. Whole-grain kernels are composed of three components: Bran is the tough outer shell of the cereal grain that includes fibre, nutrients, and antioxidants. The endosperm is the grain’s central layer, mainly composed of carbohydrates. The germ is the plant’s inner layer that contains vitamins, minerals, protein, and phytochemicals.

Whole grains come in various kinds, including millet which is very beneficial, sorghum, brown rice, wild rice, whole rye, etc. All forms of grains are rich providers of complex carbs and several vital vitamins and minerals, but whole grains – the finest forms of grains — especially are a crucial element of a balanced diet. Grains are inherently high in fibre, which contributes to a feeling of fullness and satisfaction, making it simpler to sustain appropriate body weight. Additionally, whole grains are associated with a decreased risk of some cancers, cardiovascular disease, diabetes, and several medical concerns. The uses of grains comprise aiding in the promotion of good digestion by providing bulk to stools and nourishing the beneficial gut bacteria as a result of their high fibre content. Eating whole grains daily may help reduce inflammation, which plays a crucial role in developing many chronic illnesses. It has been shown that eating whole grains reduces the chance of dying early from any cause. Not only will you obtain more health-promoting nutrients by eating a variety of whole grains, but you will also find your meals and snacks more fascinating.