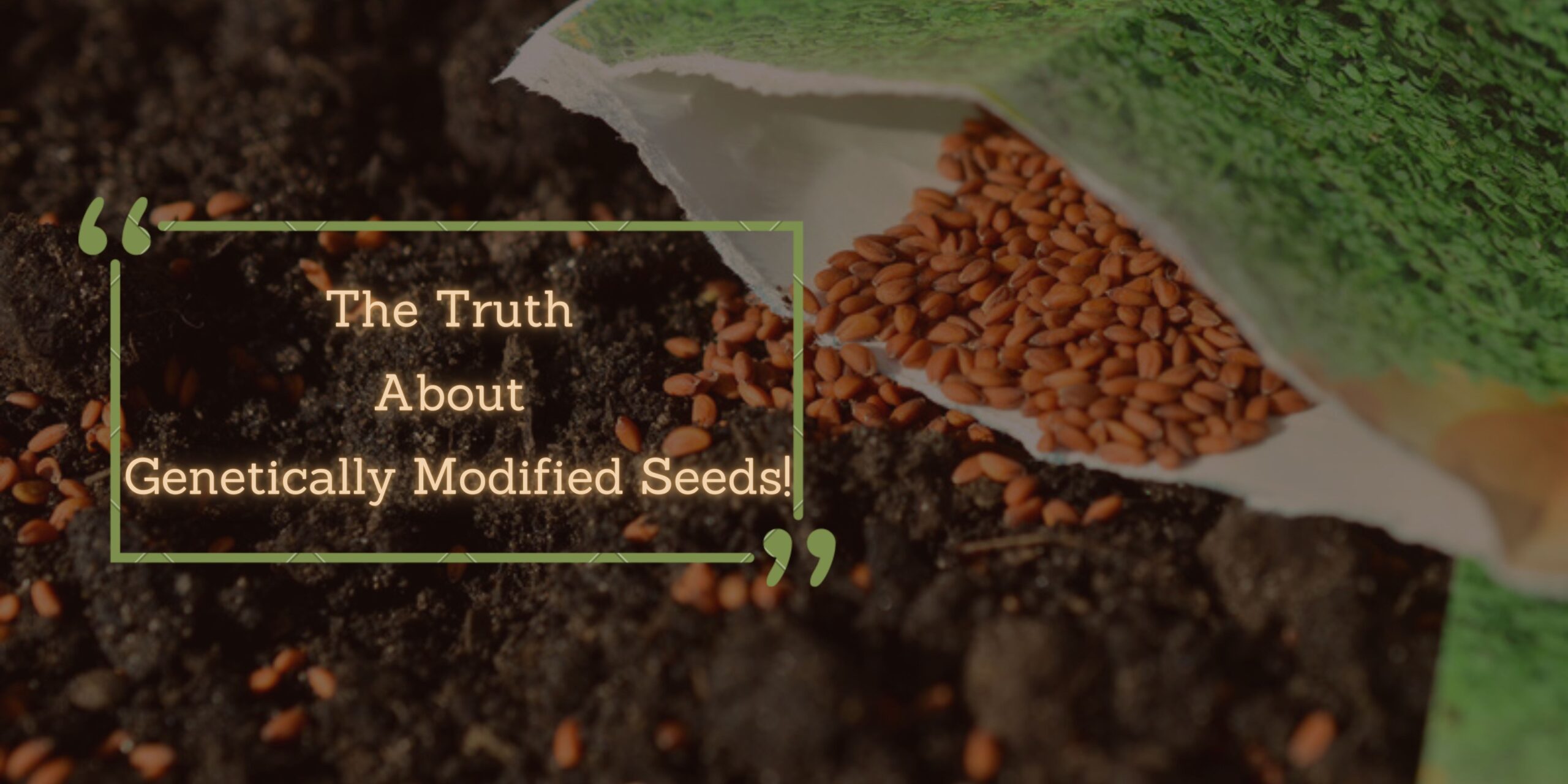 The Truth About Genetically Modified Seeds!

The use of genetically modified seeds (GM) in farming is detailed in full in this article for the benefit of the readers. Genetic modification (GM) is the process of adding DNA into an organism’s genome. New DNA is inserted into plant cells during the creation of a GM plant. When the cells are produced in tissue culture, they are usually transformed into plants and grown for harvest.  It will be passed on to the seeds of these plants, which will have the modified DNA. Agriculture has traditionally encouraged technological advancement, particularly in agronomy. The business has been organically blending seed genetics for decades to find the most robust varieties. Farmers should be informed of the benefits and drawbacks of GM seeds. The technology could increase crop yields and earnings while lowering herbicide and hazardous chemical pesticide use. Before deploying GM crops, farmers must consider private contractual relationships with seed companies, environmental impacts of GM technology, and consumer concerns (both domestic and international).

Seeds that have been genetically modified (GM) represent a substantial advancement in agricultural crop productivity. For example, ‘Roundup Ready’ seeds have been genetically altered such that they are resistant to herbicides, and ‘Bt corn’ seeds are resistant to pesticides. In contrast to the traditional approach of genetic modification, the genes utilised in GM seeds have not been modified via generations of cross-fertilisation like in hybrid seeds but rather injected directly into the seed’s DNA. This is the fundamental difference.  However, sceptics worry that the end outcome, a “new gene combination,” could have adverse health or environmental effects if the proper precautions are not taken. As a result, there is a great deal of debate about this new technology. Increased crop yield is one of the uses of genetically modified seeds in farming. In agriculture, there is a generally held belief that GM seeds would improve the yields of landowners who use them. However, biotechnology’s impact on agricultural output and returns has not yet been extensively studied.

The importance of organic farming lies in its reduction in the use of chemical pesticides. According to farmers, the use of chemical pesticides and herbicides will decrease as the adoption of GM seeds increases. The use of genetically modified seeds in farming reduces the applications of pesticides and herbicides. However, the usage of GM seeds may create “superweeds” or “superbugs” resistant to herbicides and insecticides. Research suggests weeds and pests can evolve resistance. Gene transfer from crop to weed has been shown when GM crops are planted near closely related weed species. Before, insects developed pesticide tolerance. Another study found using Bt as an insecticide decreased pest resistance. “Refuge areas” are one strategy to avoid GM pests. These are non-GM-cropped areas that act as pest refuges. Pests migrate and breed here. This prevents pests from developing resistance to GM crops, protecting the majority of the crop. The Environmental Protection Agency (EPA) now mandates refuge spaces. Pesticides are regulated by the EPA, which protects both human and environmental health. The EPA regulates plant-incorporated protectants (PIPs), which are chemicals introduced into GMO plants to boost pest and disease resistance.

There has been a mixed response from farmers to this modern technology. Some farmers have jumped on board with the new technology almost immediately.  Because of the controversies surrounding GM crops, several farmers have been reluctant to employ GM seeds in their farming operations. Increased profit is the use of genetically modified seeds in farming. Most studies show that farmers’ revenues rise due to using genetically modified seeds. The contracts may harm farmers that seed companies need customers to sign when purchasing GM seeds. Seed companies have spent a lot of money researching and developing GM seeds, and they have agreements with farmers to safeguard their investment. These contracts protect the biotechnology company’s seed rights, set a framework for settling conflicts, and limit the company’s liability. A grower’s rights to acquired seed are severely restricted under a private agreement with a biotech business. No preserved seed clauses are common in such contracts.   This rule forbids producers from preserving or recycling GM seeds.  In effect, farmers of GM crops must buy GM seeds annually.