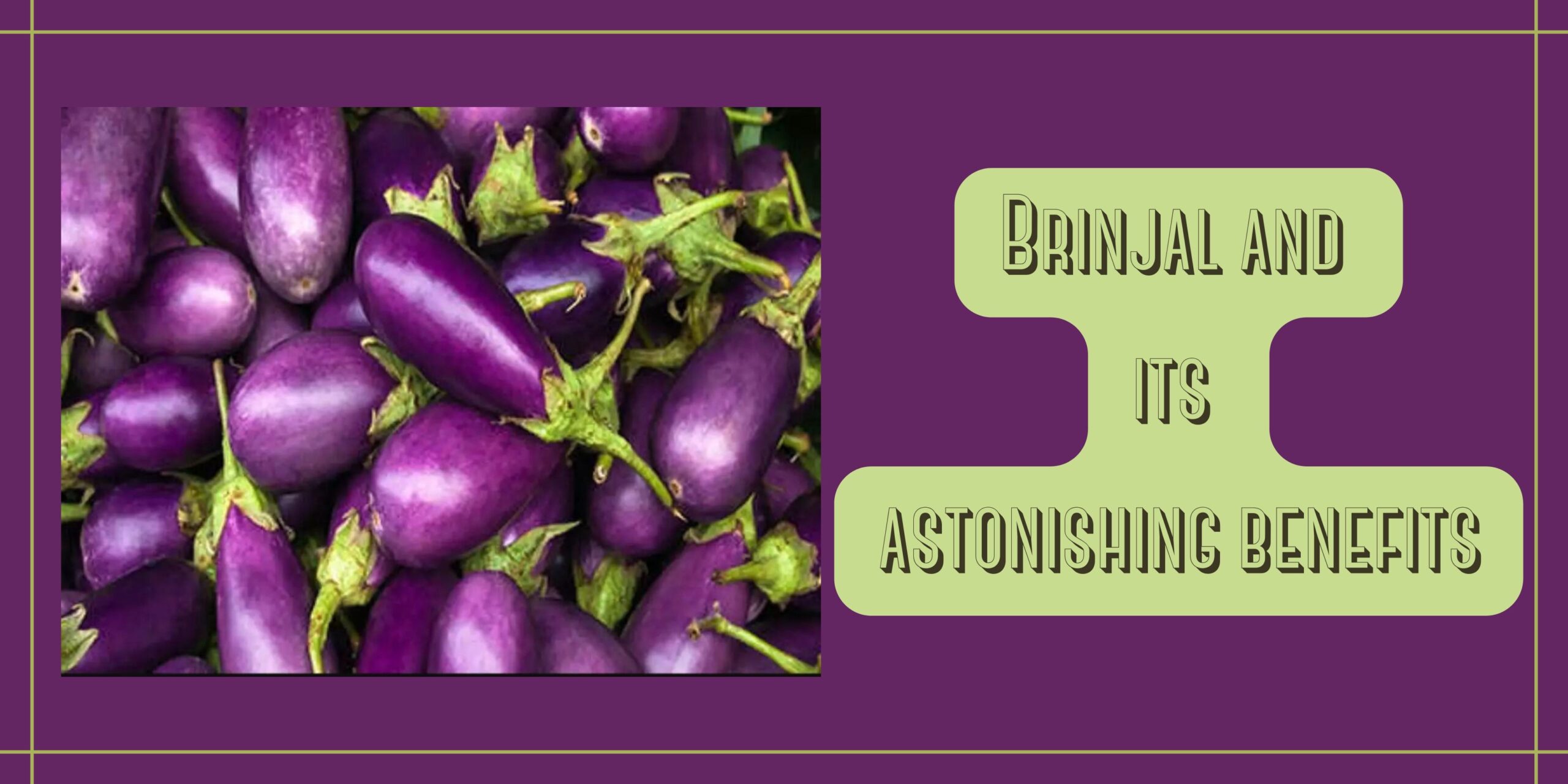 Brinjal and its astonishing benefits!

The advantages of using brinjal are demystified intensively in this post. Brinjal (Solanum melongena), often referred to as eggplant or aubergine, is a plant in the Solanaceae family that is easy to grow. Its fruit is nutritious and often eaten as a vegetable; the fruit and other components of the plant are also utilised in traditional medicines. In Malaysia and India, wild brinjals are perhaps usually cultivated, and the prickly variant of ‘Solanum insanum’ is primarily present in the arid mountains of West Bengal, India. Similarly, yellow-fruited plant variants may be seen flourishing in the wilderness in Malaya. India was the pioneer country to domesticate brinjal, and from India, the Persians carried it to Africa, while the Arabs took it to Spain. Apparently, it expanded across Europe from Spain and, today, several types of brinjals may be commonly grown in the world’s warmer regions. It is a year-round fruiting perennial with its fruits being berries with numerous seeds that are either long or spherical and maybe black, purple, green, orange, or white in colour, depending on the species. Brinjal also contains vitamin B3, or niacin, which is crucial for overall health. Vitamin B6, vitamin C, vitamin K, potassium, folic acid, fibre, copper, phosphorus, manganese, magnesium, thiamine, and other nutrients are abundant in brinjals.

Brinjal is a tiny plant that may reach a height of 1.5 metres and is classed as a herb due to its non-woody stem. It has simple foliage that is oblong to oval in shape, somewhat lobed, and has a lighter green underside compared to the top portion. Delicate hairs wrap both the leaves and the stem, and the blooms emerge individually or in tiny groups from the leaf axils. Individual blooms are star-shaped, light purple in colour, and possess short stalks, and the corolla tube comprises five stamens along with a single superior ovary. The benefits of brinjal entail preventing cancer. The ‘glycoalkaloids’ generated by brinjals have been linked to a reduction in skin cancer in humans, and the active chemical ‘nasunin’ inhibits ‘angiogenesis’, preventing cancer. They’re prepared in a variety of methods, including baking, grilling, frying, and pickling. In Mediterranean and Indian dishes, they may even be pureed, flavoured, and served as a dip or chutney, and they’re utilised in curries and sometimes fashioned into soufflés in Indian cooking. To minimise discolouration and eliminate the moderate bitterness, sliced fruits are normally immersed in cool salty water prior to cooking.

The advantages of using brinjal benefit Diabetic patients as they have a low Glycemic Index of 15. Glycemic Index evaluates carbohydrate-containing meals according to how rapidly they break down and increase blood sugar or glucose levels; low GI foods have a score of 0 to 50, medium foods have a score of 51 to 69, and high foods have a score of 70 to 100. High-GI foodstuffs are not recommended for weight reduction or for diabetics. Foods with a low GI, such as brinjal, do not increase your glucose levels since they are assimilated gradually; therefore, people with diabetes may relish low carb recipes. The advantages of using brinjal comprise low sodium content. Because brinjals have a little quantity of sodium in them, it is perfectly OK for hypertension patients to consume them. Brinjal is low in calories, with just 30 calories in a cup of minced brinjal, and may assist you in losing weight thereby eliminating the cause of obesity. It has very little fat and adds bulk to your diet, promoting satiety and allowing you to consume less in between meals, and as a result, it encourages weight reduction. Scopoletin, a chemical found in eggplant, modulates serotonin levels in the brain, which may aid with anxiety and depression.

Other uses of brinjal

Brinjals are high in folate, which is necessary for the production of RBCs and aids in avoiding anaemia, as one cup of chopped brinjal leaves contains 42.84 micrograms of folate or 21.42 percent of the Recommended daily allowance (RDA). It is beneficial to take before and throughout pregnancy because the needs of the baby rise, and it helps to evade neural tube defects (NTDs). The advantages of using brinjal include an excellent source of fibre. Your digestive health may be improved by including a wide range of fruits and vegetables in your diet. Laxative in effect, dietary fibre may both ward against and cure cases of constipation. Additionally, fibre inhibits fat absorption, which assists in the maintenance of a healthy weight. Brinjal is high in phytonutrients, including phenolic substances, which serve as antioxidants. ‘Chlorogenic acid’ and ‘Nasunin’ are two phytonutrients that are powerful antioxidants that inhibit the generation of free radicals, preserving cell membranes from harm. Anthocyanins in eggplants possess antioxidant properties, and ‘Nasunin’, an anthocyanin, has been discovered to safeguard against lipid peroxidation. According to research, ‘Nasunin’ is also thought to be a powerful free radical scavenger. Brinjal is high in vitamins, phenolics, and antioxidants, which may support individuals keep a positive lifestyle by preventing various ailments and, above all, is known for boosting immunity.