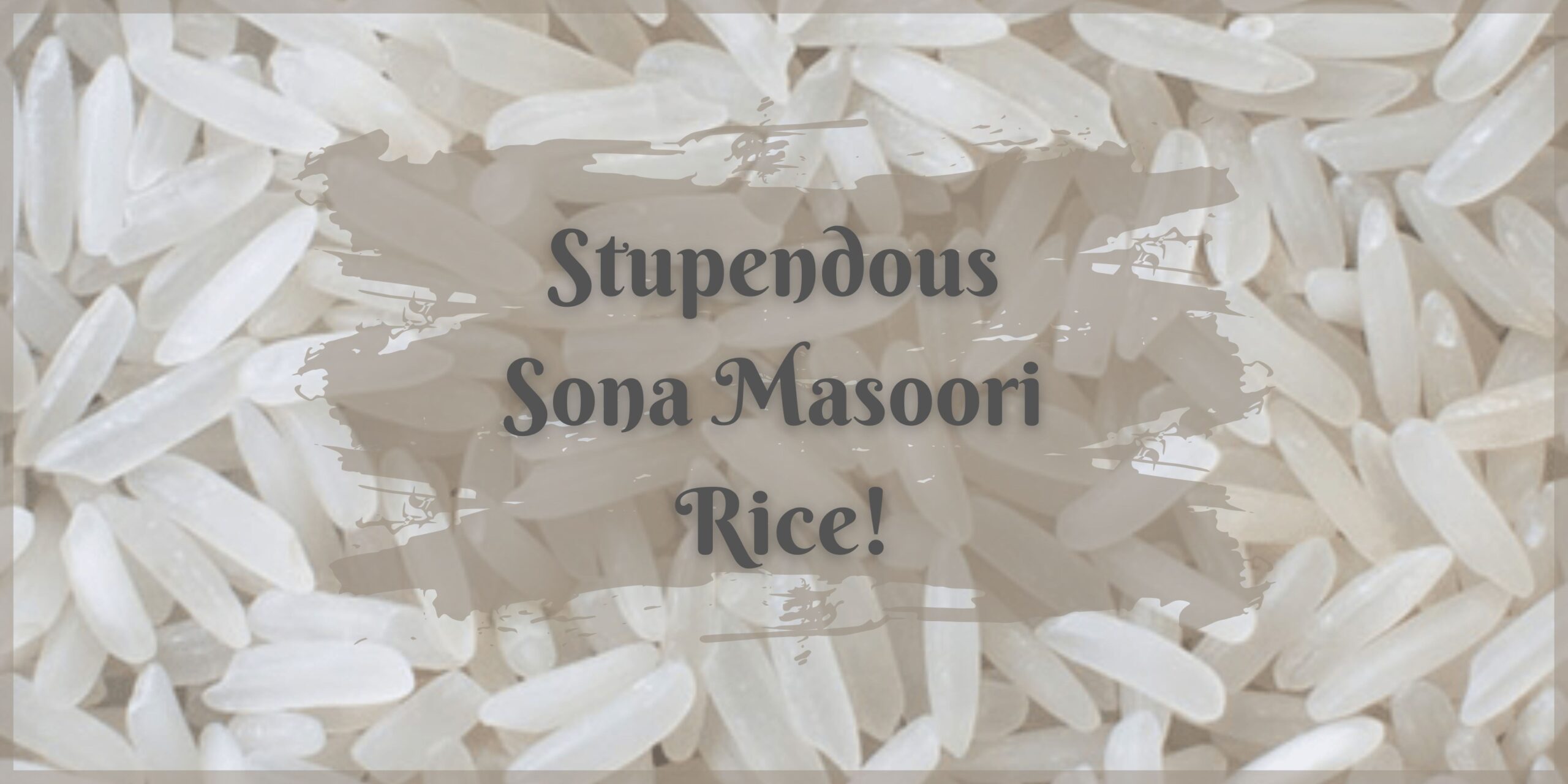 The benefits of Sona Masoori rice are entirely described in this post. One type of rice that is full of nutrients and is a source of national pride is brown rice made from Sona Masoori or Masuri. This kind of rice, which is grown in the southern part of India, is very versatile and can be used in almost any recipe that calls for rice. It is a cross between the rice species Sona and Masuri, and it smells and tastes so good that you will not forget them.

There are both white and brown versions of this tasty type of rice. Depending on what the buyer wants, it can be sold raw, par-boiled, polished, or not polished. People who care about their health should choose the raw, unprocessed, and unpolished kind because it has a higher concentration of nutrients.

Eating brown rice is better than eating white rice in more ways. The reason is that with brown rice, whole grain is used, including the bran, germ, and endosperm. Only the endosperm layer is used with white rice, and the bran and germ are thrown away. All the nutrients are in the germ, while all fibre is in the bran. In their absence, the benefits of eating regular rice are diminished.

Being rich in carbohydrates is one of the benefits of Sona Masoori rice. It is rich in both starch and fibre, with the former being especially abundant. Approximately one-third of our daily calorie intake should come from starchy foods. It helps digestive issues and makes for more substantial bowel movements. As an added bonus, it’s a powerful energiser.

Protein is crucial in developing our bodies’ tissues and cellular systems. It restores damaged muscle tissue and aids the body’s natural healing process. A single serving of Sona masuri brown rice has around 6 grammes of protein.

Sodium, commonly eaten as salt, has been linked to stroke, cardiovascular disease, and hypertension. You may rest comfortably knowing that each Sona Masoori brown rice serving includes no sodium. So, this variety of rice is good for the heart and helps with blood pressure.

Low-fat content is one of the benefits of Sona Masoori rice. In contrast to other types of rice, Sona masuri brown rice contains only 3 grammes of fat per serving. This indicates that it is an excellent choice for those who avoid eating rice to prevent obesity. Due to its lower caloric content, it aids weight loss and helps one remain physically active.

There are numerous advantages to eating Sona masuri brown rice. It goes excellent with pulaos, biryanis, and on its own with rasam, dal, or any other dish. It is fantastic for everyday use and works exceptionally well in sweet rice dishes. Check around for the organic variety of this rice.

Packed with essential minerals is one of the benefits of Sona Masoori rice. Increased cellular health is one of its beneficial effects. By limiting the production of free radicals, oxidative stress resulting from unhealthy lifestyle choices is mitigated. It aids in rejuvenation and is helpful in several biological functions. Improved nerve and muscle function is one of its benefits. In addition, it maintains normal glucose levels in the blood.

Research shows that iron is essential for the body because it aids red blood cells in transferring oxygen to the body’s tissues and organs. The iron content of Sona masuri brown rice is 4% of the RDI.

Minerals, including manganese, potassium, calcium, and selenium, are also abundant in Sona Masoori rice. According to research, selenium is an antioxidant that positively affects health in general. Its anti-ageing effects can be traced back to its ability to reduce the impact of oxidative stress. Damage to cells from oxidative stress has far-reaching consequences, affecting everything from the immune system to reproduction.

Scientists have found that while calcium is beneficial for bones, potassium is essential for healthy muscle and nerve function. A study suggests that manganese can aid in maintaining healthy blood sugar levels.