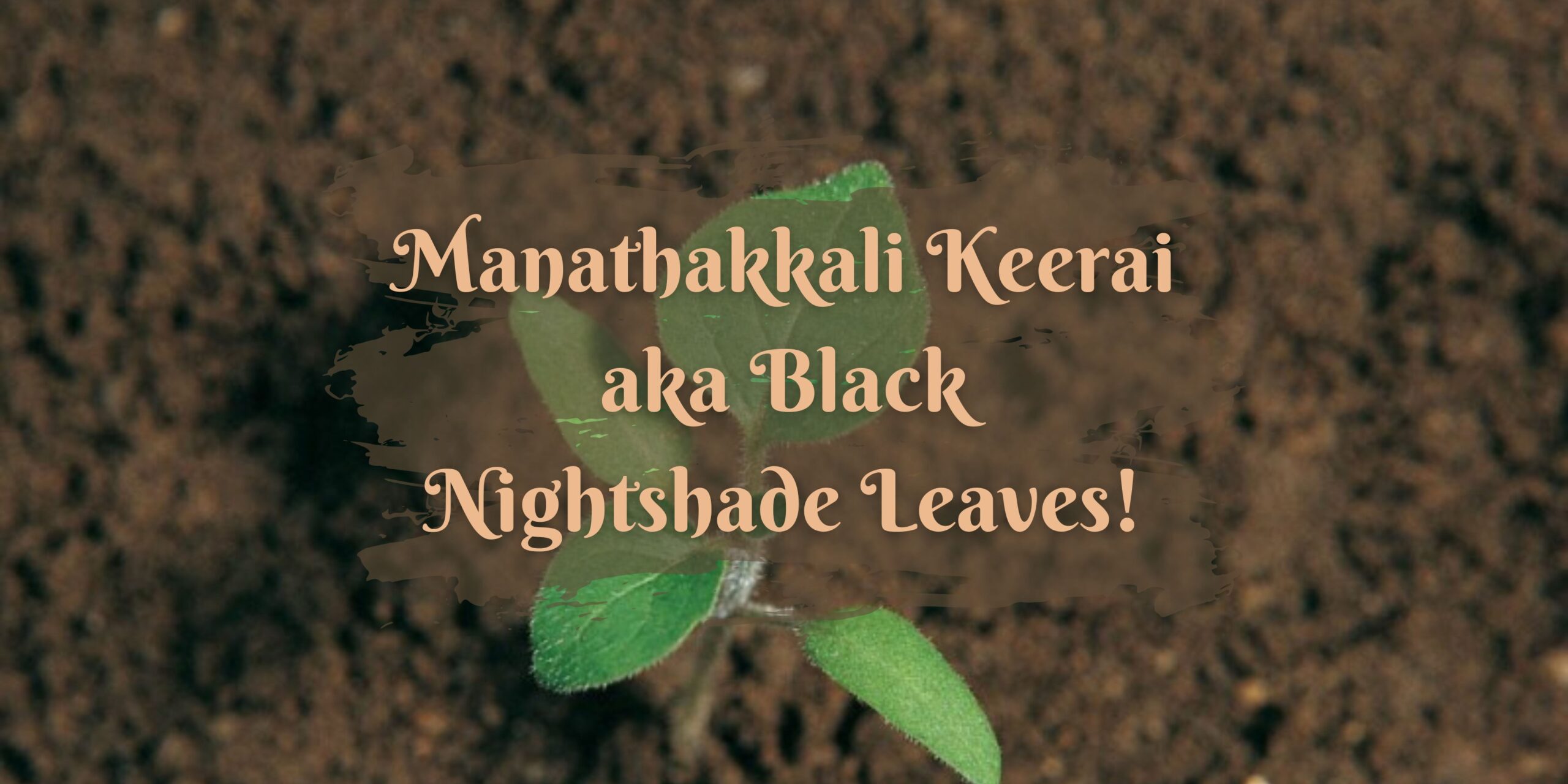 The Manathakkali plant is a small plant that grows to about 3 feet tall and is found all over India and Africa. The leaves are dark green and long and grow in pairs. The flowers grow in groups and hang from the space between the leaves. There are five tiny, white petals on each flower. The fruits are small, approximately the size of a pea, and nearly purple in colour. In Tamil, the small dark fruits are called “Sukkuti Palam.” They have great taste.

People in Tamilnadu make Manathakkali keerai kulambu, poriyal, kootu, thokku, and masiyal, all of which are appropriate for ingestion by anyone, including infants and pregnant women. Another popular culinary item in Tamil Nadu is Manathakkali vatical, which are simply dried fruits.

Due to its high fibre content, black nightshade is a natural laxative that aids in the prevention of constipation.

Helping with spleen disorders is one of the benefits of Manathakkali keerai. It also helps with spleen problems. Manathakkali keerai’s antibacterial qualities kill disease-causing germs in the body. It fights the germ while also seeking to boost the body’s immune system. It helps to treat stomach ulcers and strengthen the spleen muscles.

Manathakkali keerai is the best herb for improving kidney function since it promotes the kidneys to filter urine. The seeds of black nightshade fruits should be air-dried and ground up. Then, this blend should be mixed with milk and ingested at night. This concoction promotes peaceful sleep and alleviates physical tiredness. Patients with tuberculosis and diabetes should consume Manathakkali keerai seeds regularly.

According to a study, this herb also improves gastrointestinal discomfort. If any of your loved ones suffer from arthritis, make sure they drink a beverage produced from this plant to relieve morning stiffness and inflammation.

Because Manathakkali keerai helps sore throats, public speakers and vocalists should integrate it into their diets. Curing appetite and feeling of distaste are included in the benefits of Manathakkali keerai. We may prepare our own cold medicine using black nightshade. It alleviates sourness and a loss of appetite.

Manathakkali keerai contains calcium, phosphorus, iron, vitamins A, B, and C, and other minerals. Overheated people can take cooked black nightshade leaves, which are also the best therapy for skin allergies. Manathakkali keerai extract is useful in treating body pain, fever and joint pain triggered by the fever.

Using Manathakkali keerai extract to the affected area aids in treating allergies, heat boils, skin boils, and skin irritation. When used as an external treatment, this green paste has the power to heal the skin.

The anti-inflammatory and antibacterial properties of the plant are critical. Manathakkali keerai’s therapeutic characteristics promote the growth of new skin cells, providing you with long-lasting attractiveness. You may benefit from using this keerai as a face mask if you have acne.

Manathakkali keerai is the most effective therapy for mouth ulcers. It can be taken daily to treat mouth ulcers and stomach ulcers.

Preventing jaundice is one of the benefits of Manathakkali keerai. This is the most significant way to avoid jaundice. Because it strengthens the liver muscles, the probability of getting jaundice is considerably decreased. Jaundice patients may benefit from including Manathakkali keerai in their diet to alleviate the disease’s symptoms. The leaves and fruits of black nightshade are used to manufacture an extract that is used to treat liver problems, including jaundice.

Black nightshade provides all the nourishment required by the body. If ingested every day, it aids in the digestion of the food. The Manathakkali keerai seed promotes pregnancy by strengthening and protecting the embryo.

Period aches and stomach disorders happen to everyone from time to time. However, instead of painkillers, you might rely on Manathakkali keerai. Black nightshade contains antipyretic compounds, which are commonly found in painkillers and target the painful region to provide relief.