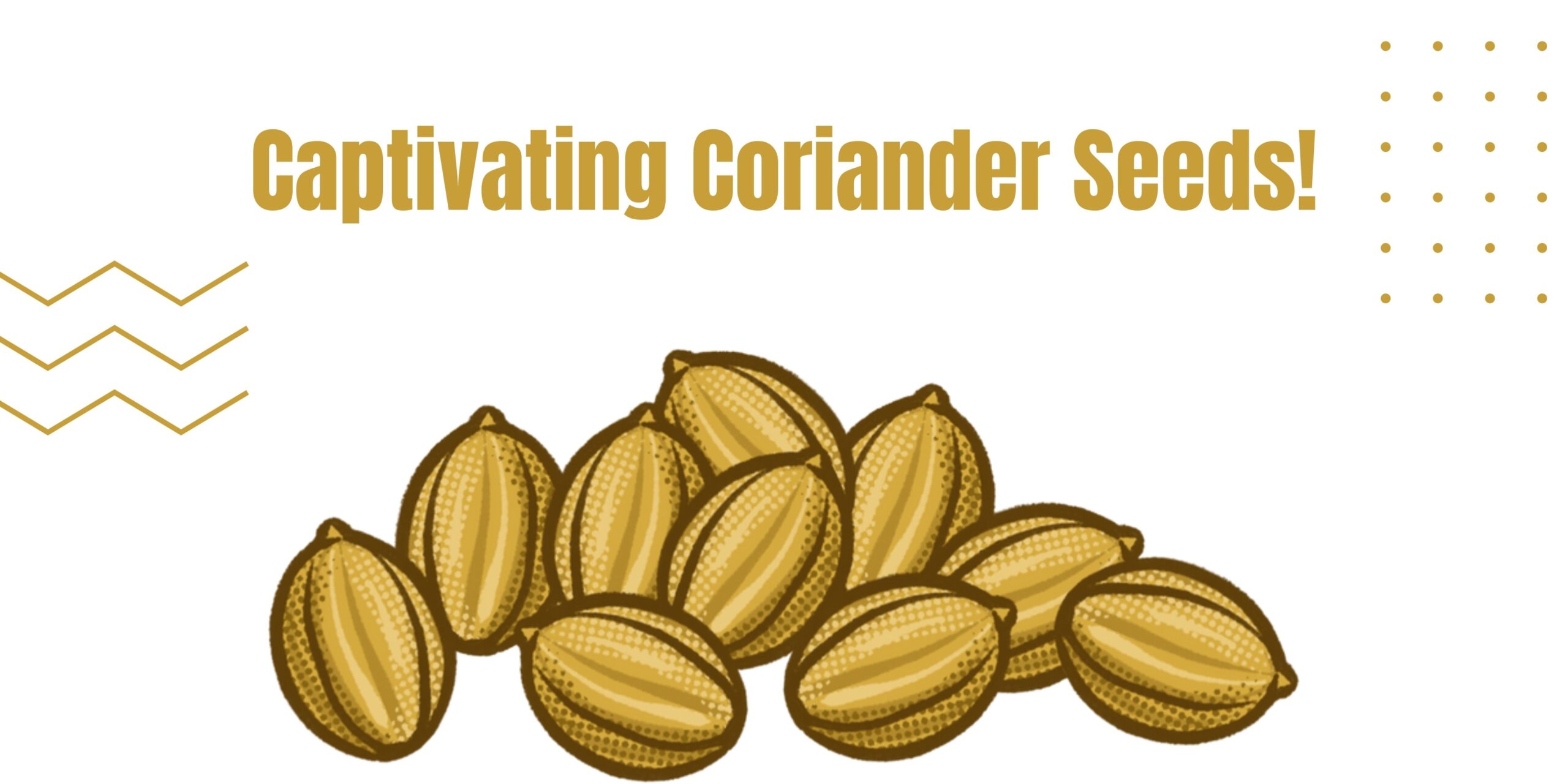 The benefits of coriander seeds are entirely described in this post. Coriander seeds, also known as dhania in India, are commonly used to flavour anything from curries to stir-fries, snacks, and breakfast meals. It’s popular in burritos, mixed greens, salsas, and meat dishes in Mexico and the United States.

While coriander seeds and powdered masala are used in cooking, fresh coriander leaves are frequently used for garnishing various foods. Because heat quickly decreases the flavour of the leaves, they are typically used raw and added to the meal just before serving.

Coriander is a blooming plant in the parsley family that is used as a spice. The leaves of parsley and coriander are similar in form and size. West Asia, South Europe, and North Africa are considered Coriander seeds’ places of origin.

Coriander was one of the plants grown in the Hanging Gardens of Babylon. It is still one of the most popular flavour enhancers used in cooking various cuisines around the world. It was well-known and popular in Ancient Egypt and Greece.

When used in cooking, the plump, brown shell of coriander seeds reveals a hollow centre containing flavour-enhancing essential oils. The plant is picked when its leaves turn brown and begin to dry and fall. Immature seeds are pale green in colour and have a bitter taste. Coriander seeds are commonly used as a spice in cooking, but they also have many health advantages.

Several studies have supported the use of coriander seeds to treat diabetes. Coriander seed extracts not only regulated blood sugar levels but also enhanced other metabolic syndrome risk factors in mouse research.

Helping digestion is included in the benefits of coriander seeds. Coriander seeds have traditionally been used to aid digestion. The seeds may induce the liver to produce and release concentrated bile acids. These acids play an important role in digestion and absorption.

Coriander seed oil can also help with uncomfortable irritable bowel syndrome symptoms. The seeds’ antibacterial qualities might bring on this impact. Coriander seeds can also be used to alleviate diarrhoea and motion sickness.

According to research, Coriander seeds can treat eye itchiness, a common symptom of conjunctivitis. Those who received a coriander seed spray for conjunctivitis in the trial reported fewer symptoms, such as decreased irritation and redness in the eyes.

There has been minimal research into the usefulness of coriander seeds in treating menstrual issues. However, some claim that a tea made with rose petals and coriander seeds will help with monthly discomforts, such as menstrual cramps.

Other advantages of coriander seeds

Furthermore, the seeds increased “good” cholesterol levels. Coriander seeds can also prevent human platelets from adhering together. Platelet aggregation in the arteries can cause a heart attack by reducing blood flow to the heart.

Linalool is the primary chemical found in coriander seeds and oil. Linalool has been demonstrated in research to alleviate anxiety in persons. Linalool has a positive influence on the central nervous system. Additionally, it possesses anticonvulsant qualities that lessen the likelihood of seizures or epileptic fits.

Furthermore, the seeds help protect against brain diseases like Alzheimer’s. Although the effects have only been shown in coriander leaves, they have been shown to improve mouse memory.