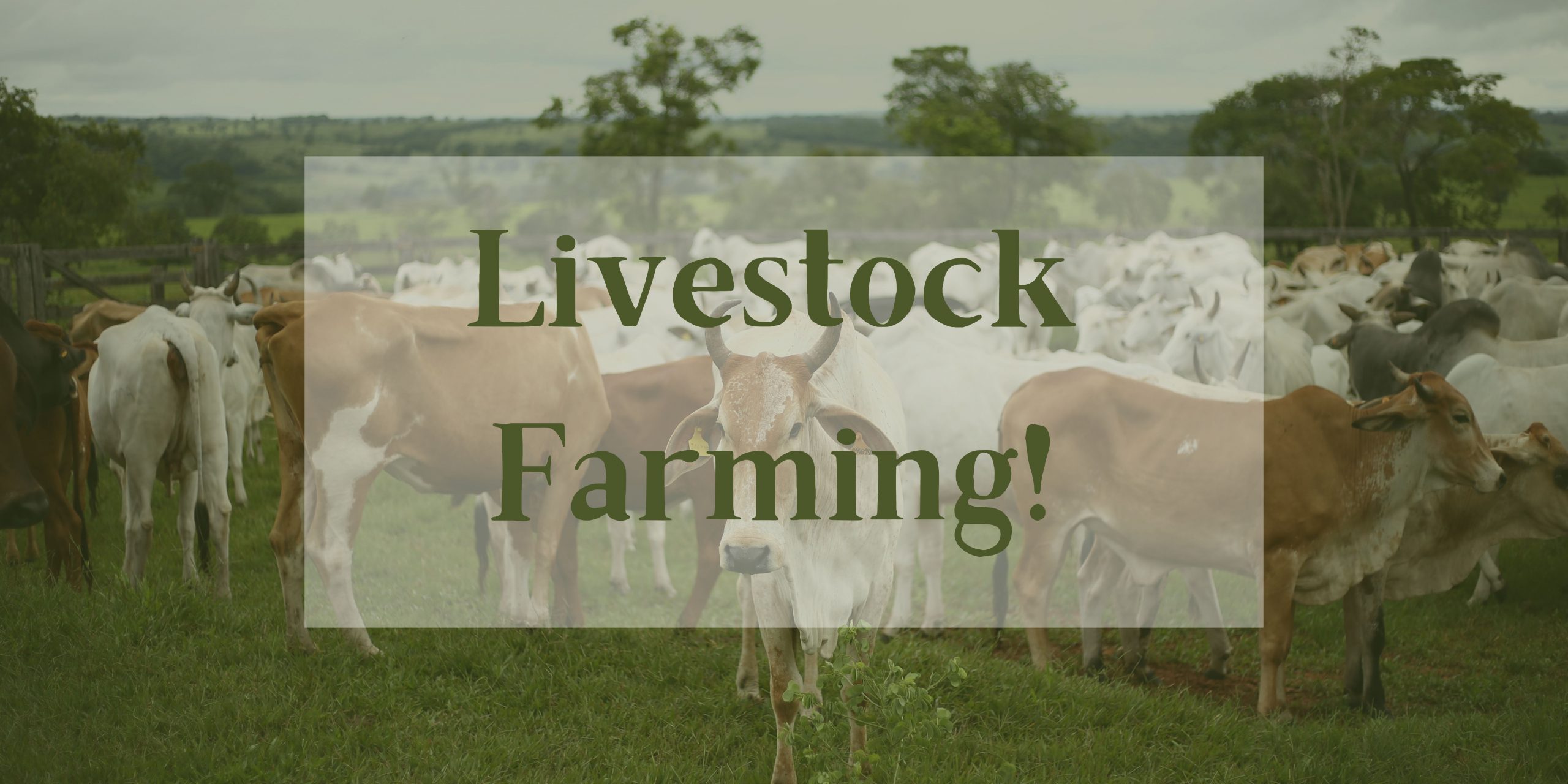 The importance of livestock farming and its characteristics and advantages are laid out in great detail. Domesticated animals raised in an agricultural context to provide labour and generate commodities such as eggs, wool, milk, leather, meat, and fur are referred to as livestock. Occasionally, the word is used exclusively to refer to animals raised for human food, while at other times, it is used exclusively to refer to farmed ruminants such as sheep, goats and cattle. The USDA classifies lamb or mutton, veal, pork, beef, and all cattle as red meat, excluding fish and poultry. In the United States, horses are considered to be part of the livestock herd. Animal husbandry, the process of breeding, maintaining, slaughtering, and generally subjugating livestock, is a component of modern agriculture and has been performed in a variety of cultures since humanity transitioned from hunter-gatherer lifestyles to farming. Across civilisations and time periods, animal husbandry practices have changed significantly. Livestock farming is included in integrated farming practice which is very beneficial. It continues to have a significant economic and cultural impact on a wide variety of places.

The importance of livestock farming has been promoted in numerous ways to the agricultural community by several ecologists. The majority of livestock agricultural practises have transitioned toward intensive animal production. While intensive animal husbandry enhances yields of different commercial products, it has significant consequences for the welfare of animals, the ecology, and global health. Beef, dairy, and sheep production, in particular, account for a disproportionate share of agricultural greenhouse gas emissions. Commercial cattle ranching is primarily connected with western cultures and is conducted on permanently established ranches. These ranches are big in size and are separated into several pieces that are fenced to control grazing. When the grass on one parcel is grazed to the point of extinction, animals are shifted to another parcel. The ability of a pasture to carry a certain number of animals determines the number of animals that can be kept there. Ranching organises animal rearing according to scientific principles. The focus is mostly on animal breeding, genetic enhancement, disease control, and health care. The livestock are often used in organic pest control methods as they feed on pests.

The importance of livestock farming covers the improvement of developing countries’ agricultural economies in addition to the direct production of food. At first glance, the significance of this industry is difficult to dismiss: livestock farming is projected to contribute approximately $883 billion to the economy, which does not include the services that rely on it, such as retailers, butchers, and transportation companies, as well as equipment manufacturers and feed producers. Along with economic value, livestock farming offers livelihoods and food security for over 1.3 billion people and is presently one of the fastest-growing sectors of the agricultural economy. This has been made feasible by increasing the intensity of cattle farming operations, which has resulted in increased yields and productivity while decreasing expenses. For instance, the method of concentrated animal feeding operations, or CAFO, enables farmers to raise more animals by restricting them in small spaces, maximising the potential of the available land.

Agriculture and livestock farming play a significant role in India’s economy, and they are critical to the Indian economy. The importance of livestock farming encompasses multiple purposes, including the production of fertiliser, fibre, fuel, skins, and wealth generation. Cow dung is used to prepare the fantastic organic fertiliser jeevamrutham. Additionally, animals are inextricably related to the social and cultural life of several million resource-poor farmers, for whom animal ownership provides varying degrees of sustainability and economic stability. India is an agricultural country, with approximately 65 to 70% of the total population engaged in agriculture and livestock farming. India boasts the world’s largest buffalo population and the world’s largest cattle population, with Rajasthan having the biggest camel population in the country. Livestock offers human consumption goods such as milk, meat, and eggs. India is the world’s most sought-after milk producer. Additionally, livestock contributes to the production of wool, hair, skins, and pellets. The bull is said to as the backbone of Indian agriculture, and in mountainous locations, mules and ponies are the only modes of transportation available. Likewise, the military must rely on these animals to transport a variety of products in high-altitude places. Dung and other animal wastes make excellent farmyard manure and are valued in the hundreds of crores of rupees. Livestock serves as an asset and, in the event of an emergency, serves as a guarantee for obtaining loans from local sources such as money lenders in villages. Additionally, livestock are utilised to biologically reduce brush, plants, and weeds.