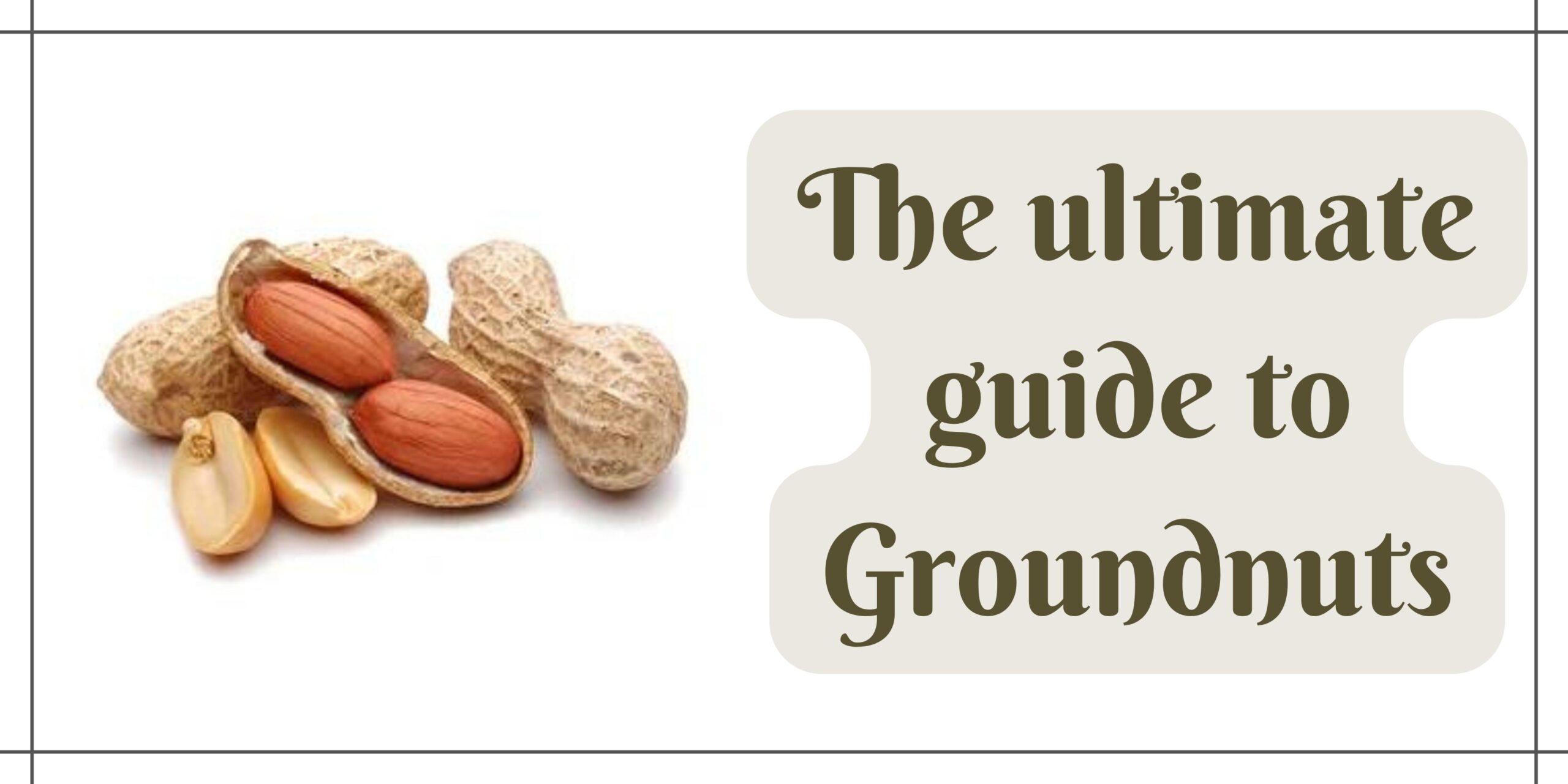 The ultimate guide to Groundnuts!

The benefits of groundnut are revealed assiduously in this post. The tiny, oval-shaped nuts were possibly one of the first several grain legumes to be domesticated by humanity, and they are known by a variety of names, including peanut, groundnut, and monkey nut. These seeds or legumes, which are crispy, flavourful, and fragrant to the mouth owing to the high oil content, were formerly a common element in Indian cooking not too long ago. While groundnut oil was often used in the kitchen for flavouring various meals and even for deep frying, these light pink legumes were an excellent choice for a snack alternative in the middle of the day. Tryptophan, a critical amino acid required to create serotonin, one of the essential brain compounds linked to mood regulation, is abundant in groundnuts. In the current modern lifestyle depression causing factors are increasing day by day. When depression strikes, the neuron cells in the brain might produce less serotonin. When there is more serotonin in the blood, tryptophan may enhance the antidepressant properties of serotonin. Groundnut oil has steadily disappeared from our kitchens as a result of the westernisation of Indian food. This is primarily due to the numerous ideas on how the use of groundnut oil might contribute to cardiovascular ailments and other chronic problems.

Nevertheless, situations have altered over the last few years, with cold-pressed, traditional oils finding a rebound in Indian kitchens, with enough famous dieticians and nutrition experts showing support for the mineral, good fats, and vitamin essentials that it contains. This is a transition that has occurred steadily for the past few years. And with that, let’s give a resounding round of applause to groundnuts and groundnut oil for making their triumphant return to our kitchens and our diet programmes. Few experts feel that since peanuts include all of the essential amino acids and proteins, they might be an effective hair-growth supplement; it is one of the benefits of groundnut. Groundnuts are a hybrid of two wild species, ‘Arachis duranensis’ and ‘Arachis ipaensis’, and are known as ‘Moongphali’ in Hindi, ‘Verkadalai’ in Tamil, ‘Verusenagapappu’ in Telugu, ‘cinabadama’ in Bengali, and ‘Arachis hypogaea’ botanically. Botanists think the original hybrid was infertile and that a spontaneous chromosomal duplication aided restore its fertility. Despite being classed as a nut, Peanuts are really legumes such as soy, beans, and lentils and are native to South America, and they were imported to other tropical regions many years ago.

Groundnut is beneficial to fertility because it includes a significant quantity of folate. According to the findings of a number of studies, the probability of a woman giving birth to a child with a significant neural tube defect is decreased by as much as 70 percent when the woman consumes 400 micrograms of folic acid daily before and throughout the early stages of pregnancy. The benefits of groundnut include proper brain function and memory enhancement as peanuts comprise vitamin B3, often known as niacin. The benefits offered by vitamin B3 are numerous and it is a vital nutrient. Groundnuts facilitate weight loss because they are considered foods high in energy content. If you have them throughout the day as a snack, you will find that you consume fewer calories later in the day. When taken as a snack, groundnuts generated higher sensations of fullness in the body than when they were had with a meal. This will eventually aid with weight reduction since it prevents overeating thus eliminating the cause of obesity. Incorporating groundnuts and other nuts into your diet is an excellent approach to improving food palatability and increasing nutritional consumption without contributing to weight gain.

Other benefits of groundnuts

Peanut consumption has also been associated with a decreased incidence of gallstones. Gallstone disease was shown to be rare in men who consumed 5 or more units of nuts per week, including groundnuts. Similarly, women who ate 5 or more units of nuts per week had a lower chance of gallbladder removal (cholecystectomy). The benefits of groundnut involve working to improve cardiovascular health. Researchers found that those who consumed groundnuts daily had a much lower risk of dying from heart disease, stroke, or illness. Peanuts and other nuts may also reduce bad cholesterol (LDL) levels, and High levels of LDL can result in plaque buildup on blood vessel walls; peanuts can help prevent this.  As resveratrol, which is found in groundnuts, also helps combat heart issues, eating groundnuts may help decrease inflammation, which can lead to heart disease. Depending on the kind, peanuts or groundnuts may be consumed in various ways, including raw, fried, or roasted. The form of salad is ideal for consumption regularly because of its versatility, and it will serve as one of the magic elements of a healthy life. You may also sprinkle groundnuts over your morning cereal or add them to frozen yoghurt.  You may also search the internet for peanuts recipes to help you make the most of this nutritious nut.