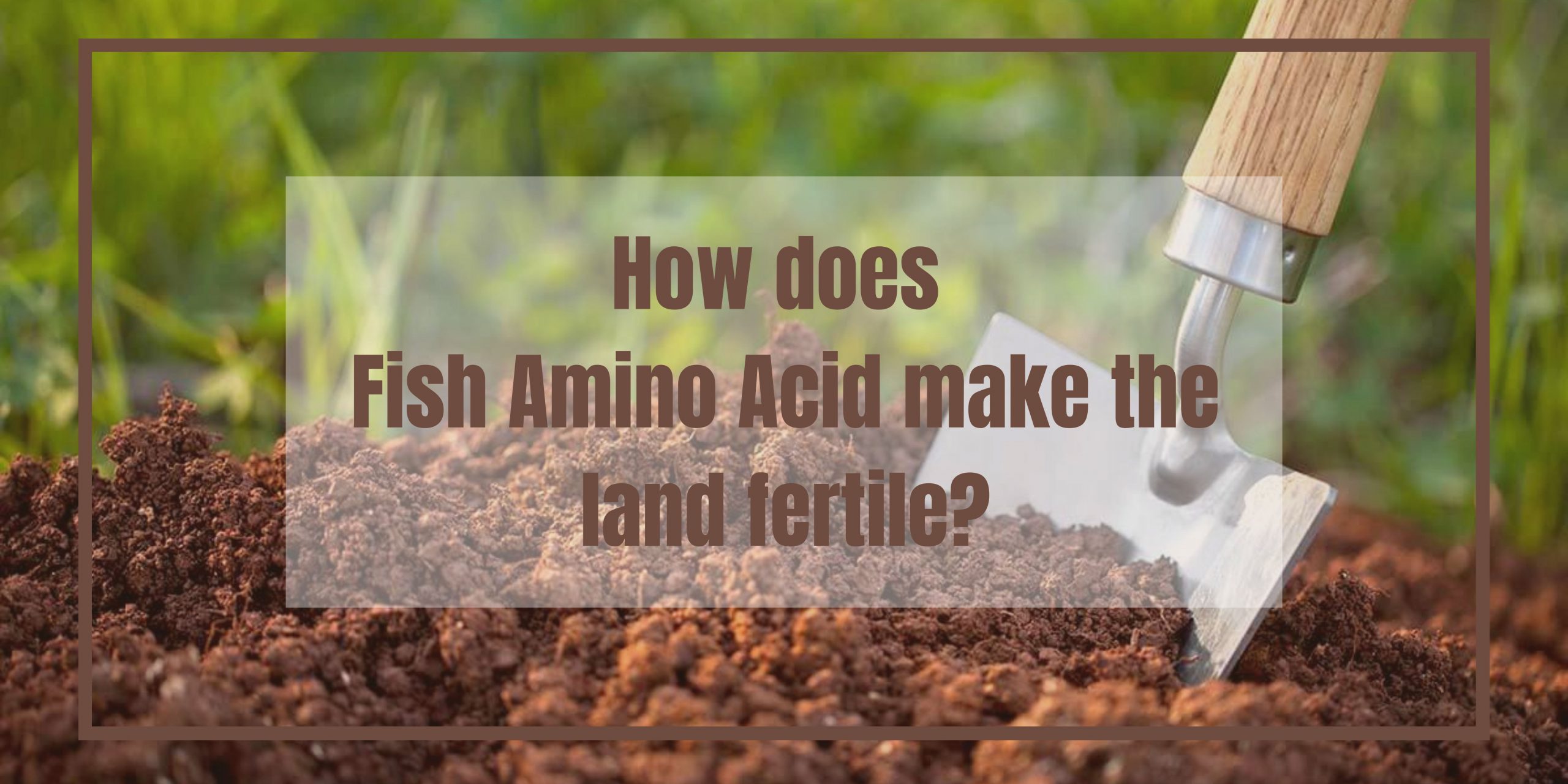 How does Fish Amino Acid make the land fertile?

Fish amino acid benefits for plants, preparation, and dosage are explained thoroughly in this article. Fish Amino Acid (FAA) is a liquid fertiliser created from fish excrement that may be used on soil and plant leaves. Because it is high in nitrogen it functions similar to the nitrogen fixing bacteria, it aids in the development of plants throughout their vegetative stage. Farmers may lower their feeding costs by using this biofertilizer because the major materials, such as fish waste, are frequently free or inexpensive and without any hazards of chemical fertilisers. All fish may be utilised, however blue back fish has the highest concentrations of nutrients that are believed to enhance crop development. Blueback fish include tuna, salmon, and mackerel, to name a few examples. FAA boosts photosynthesis and increases crop root and leaf development, especially in seedlings. Plants can directly absorb the amino acids and peptides found in fish protein. It can have a direct role in protein synthesis to boost output. It improves the ability of crops to withstand disease.

The following is a list of resources used to make the FAA fertiliser: one kilogramme of gills, scales, or offals of large fish, which are internal organs of animals utilised for food, one kilogramme of molasses, a nylon screen, a 20-litre empty container, 25 to 50 grammes of stones that is about 5 to 8 pieces, porous paper, such as cardboard, manila paper, or newspaper, as well as an empty plastic container with a lid. Fish amino acid benefits crop development as it includes significant levels of organic matter, and biological polysaccharides which is commonly employed in high-value crops. The preparation of FAA includes the following steps: Gather the excrement from the fish. Drain for 5 minutes after cleaning and washing them. Slice the materials into inch-thick pieces, then thoroughly combine all ingredients in a 20-litre plastic bucket. Mix with 1 kilogramme of molasses and ensure that all of the components are sugared so that the juice may be readily removed. Place heavy weights on top of the mixture after covering it with a nylon screen. Two layers of permeable paper are used to cover the mixture, which is then tied with a rubber band. Keep the combination in a dark, cold place for 15 days after labelling it with the name and date of fermentation. Remove the liquid from the mixture by opening it up. Filter the liquid and place it in an empty plastic container with a cover that is not securely closed. For fermentation to proceed, loosen the cap to about one complete twist. After a week, or after the liquid has stopped bubbling, completely shut the cap. After extraction, the combination is ready to use. Fish emulsions or fish fertiliser are often used in home gardens as an organic alternative for fertilsers.

The following is the suggested dosage: 1 litre of clean water + 2 tablespoons FAA If necessary, increase the dosage in extreme situations. The following is a list of FAA applications: Prepare the same amount for plants and spray it on the soil, blooms, and fruits of the plants once or twice a week. For animals, combine it with their potable water twice a week, using the same amount as above. This can also be added in with their feeding on a regular basis. Fish amino acid benefits plants as it entails a high amino acid content that is high in peptides and has a well-balanced nutritional profile, all of which help in crop absorption and utilisation. Just like Panchagavya, it is one of the advantageous organic fertiliser. Fish amino acids fertiliser may be employed directly in the synthesis of numerous enzymes in plants, enhancing plant anabolic metabolism, speeding up plant production and growth, and causing plants to have a large yield and mature early.